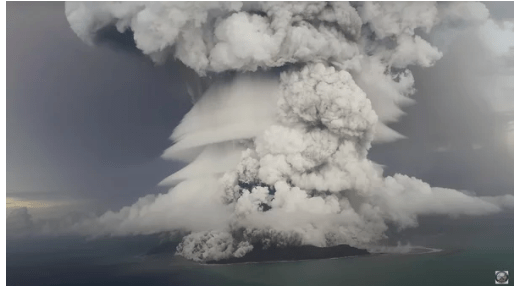 This morning at 3 am, my partner Pam caught the mountain weather forecast and in it they were warning that their would be significant snow melt in the Southern Alps.

But there has been nothing, but NOTHING to reflect this in the NZ lamestream media.

This is all I could find.

MetService is warning of a front moving northeast over New Zealand that will bring heavy downpours and northwest gales to the South Island and lower North Island.

“Over 200mm of rain could fall in the ranges which could cause rivers that are already running high to rise further,” MetService meteorologist Stephen Glassey said. 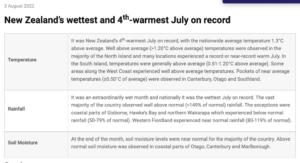 In fact, there is absolutely ZERO about ANYTHING of consequence in the NZ media. I have never known, in the midst of earthshattering events for the news to be so venal and inconsequential.

This but of news of something in our backyard about something that could not be more important appeared in international media.

Never mind the further heating of the world’s atmosphere – we have much more important things to talk about such as tax policy and village politics.

Tonga’s volcano sent tons of water into the stratosphere. That could warm the Earth

When the Hunga Tonga-Hunga Ha’apai volcano erupted on Jan. 15, it sent the equivalent of more than 58,000 Olympic-size swimming pools’ worth of water into the stratosphere, researchers say.
Tonga Geological Services

The violent eruption of Tonga’s Hunga Tonga-Hunga Ha’apai volcano injected an unprecedented amount of water directly into the stratosphere — and the vapor will stay there for years, likely affecting the Earth’s climate patterns, NASA scientists say.

The massive amount of water vapor is roughly 10% of the normal amount of vapor found in the stratosphere, equaling more than 58,000 Olympic-size swimming pools.

“We’ve never seen anything like it,” said atmospheric scientist Luis Millán, who works at NASA’s Jet Propulsion Laboratory. Millán led a study of the water the volcano sent into the sky; the team’s research was published in Geophysical Research Letters.

The volcano sent vapor and gases to a record height

The Jan. 15 eruption came from a volcano that’s more than 12 miles wide, with a caldera sitting roughly 500 feet below sea level. One day earlier, Tongan officials reported the volcano was in a continuous eruption, sending a 3-mile-wide plume of steam and ash into the sky. Then the big blast came, sending ash, gases and vapor as high as 35 miles — a record in the satellite era — into the atmosphere.

One day after an intense eruption by the Hunga Tonga-Hunga Ha’apai volcano, an astronaut on the International Space Station took this photograph of the gargantuan plume.

Drone aircraft and other video from that day show the dramatic scale of the blast, as the volcano launched an incredibly wide plume into the sky. The intense eruption sent a pressure wave circling around the Earth and caused a sonic boom heard as far away as Alaska.

The huge amount of water will likely raise temperatures

Earlier large volcanic eruptions have affected climate, but they usually cool temperatures, because they send light-scattering aerosols into the stratosphere. Those aerosols act as a sort of massive layer of sunscreen. But since water vapor traps heat, the Tongan eruption could temporarily raise temperatures a bit, the researchers said.

It normally takes around 2-3 years for sulfate aerosols from volcanoes to fall out of the stratosphere. But the water from the Jan. 15 eruption could take 5-10 years to fully dissipate.

Given that timeframe and the extraordinary amount of water involved, Hunga Tonga-Hunga Ha’apai “may be the first volcanic eruption observed to impact climate not through surface cooling caused by volcanic sulfate aerosols, but rather through surface warming,” the researchers said in their paper.

NASA says the data for the study came from the Microwave Limb Sounder (MLS) instrument on its Aura satellite, which measures water vapor, ozone, aerosols and gases in Earth’s atmosphere.

The volcano interrupted the ‘heartbeat’ of water in the stratosphere

The Jan. 15 eruption emphatically disrupted annual water patterns in the stratosphere (which also holds most of the atmosphere’s ozone).

The normal mechanism by which water risesinto the stratosphere is so reliable that researchers refer to it as a sort of tape recorder, marking annual temperature cycles through alternating bands of dry and moist air rising from the tropics.

January is normally the middle of the dry period in that seasonal cycle — but then the Tongan volcano erupted in the South Pacific Ocean, suddenly injecting a huge amount of water high in the atmosphere.

“By short-circuiting the pathway through the cold point, [Hunga Tonga-Hunga Ha’apai] has disrupted this ‘heartbeat’ signal” in the planet’s normal atmospheric water pattern, the researchers said.

They recommend closely monitoring the water from the volcanic eruption, both to predict its impact in the near term and to better understand how future eruptions might affect the planet’s climate.

The NZ media has nothing to say about this. On looking, I found one outlet had a story – this. 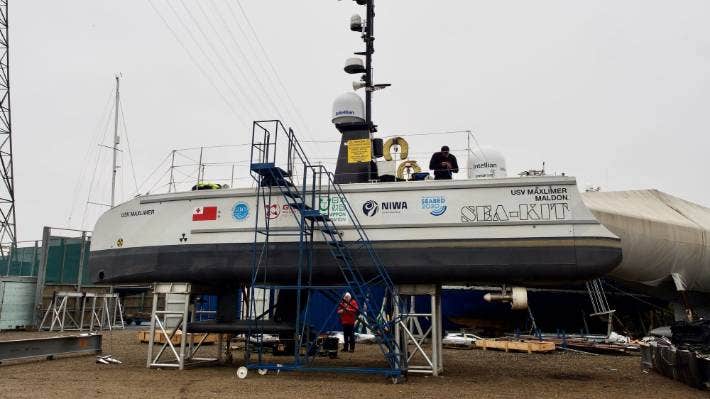 An unmanned, remotely piloted underwater surveillance vessel sent to observe the impact of the Hunga-Tonga Hunga-Ha’apai eruption in Tonga has returned with evidence of ongoing volcanic activity inside the crater.

Sea-Kit International’s “uncrewed surface vessel” USV Maxlimer was dispatched in June, and has brought home a plethora of data and photos to fill important gaps in our understanding of the site and surrounding ocean.

“Early data shows ongoing activity within the caldera, though it is too early to tell if it is due to continuing eruption but at a reduced intensity, or hydrothermal venting driven by cooling lava, or both,” said oceanographer Sharon Walker, from the United States’ National Oceanic and Atmospheric Administration.