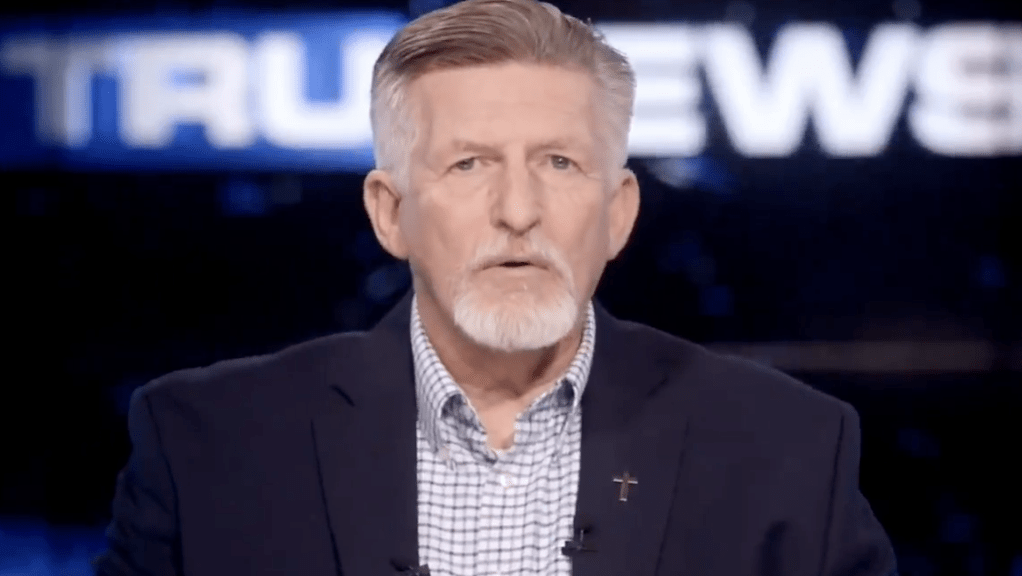 Here is a scoffing article

“I am not going to be vaccinated. I’m going to be one of the survivors. I’m going to survive the genocide,” right-wing pastor and universal bigot Rick Wiles proclaimed on Friday, April 30th’s episode of his TruNews television program.

We shall see. On Sunday, TruNews sent a letter to its “friends and ministry members” informing them that Wiles, along with his wife, Susan, are both in desperate need of prayer because they had fallen seriously ill.

“Today, he was taken to the emergency room, and under medical advice, was admitted to the hospital.  He is currently on oxygen and is expected to remain there for a number of days. Susan remains ill, but also needs your prayers as well.  We would request that you would pray for healing for her body, but that you will also pray that the Lord will give her peace regarding Rick’s condition,” the letter states.

“I can assure you, our friends and ministry partners, that Rick and Susan are fighters and survivors.  They have each seen tremendous challenges in their lives, and it was their steadfast faith in the promises of the Word of God that saw them through those challenges.  It is that same faith that will see them through this one as well.  Here is what is different:  you get to share in the victory that will happen in this crisis, because you prayed!” it continued.

Apparently, people are already mocking Wiles’ condition, implying that his refusal to get vaccinated led to his coronavirus infection. Not exactly an unreasonable inference.

But his cult – which prides itself in its militant anti-LGBTQ activism – is annoyed, and warned “the naysayers” that they will be condemned to eternal suffering if they refuse to stop.

“Already, the naysayers and mockers have started with their taunts.  Let them speak their foolish words and let them mock.  It will only serve to be used to fuel their flames of torment in hell, unless they repent,” the letter demanded, turning even more aggressive in the next passage.

“If I know Rick, and I believe I do, this attack of the enemy will only serve to strengthen his resolve to speak against the forces of darkness,” the author wrote. “We will say it again: NO weapon formed against us shall prosper! NONE!”

The full letter is available here.

The self-owns that the right have perfected are things of wonder.

“The only good thing that will come out of this is a lot of stupid people will be killed off, and I say stupid because they’re not using their brain – their God-given brain – to make a decision for their own good,” Wiles said on the 30th of April, referring to individuals who choose inoculation.

“That’s a level of stupidity I can’t even comprehend,” Wiles raged at the concept of objective reasoning. “Honestly, that’s just so stupid, I don’t even know what to say about it. I don’t have words to describe that level of stupidity. So, if the vaccine wipes out a lot of stupid people, well, we’ll have a better world.”

One thought on “Update on Rick Wiles”