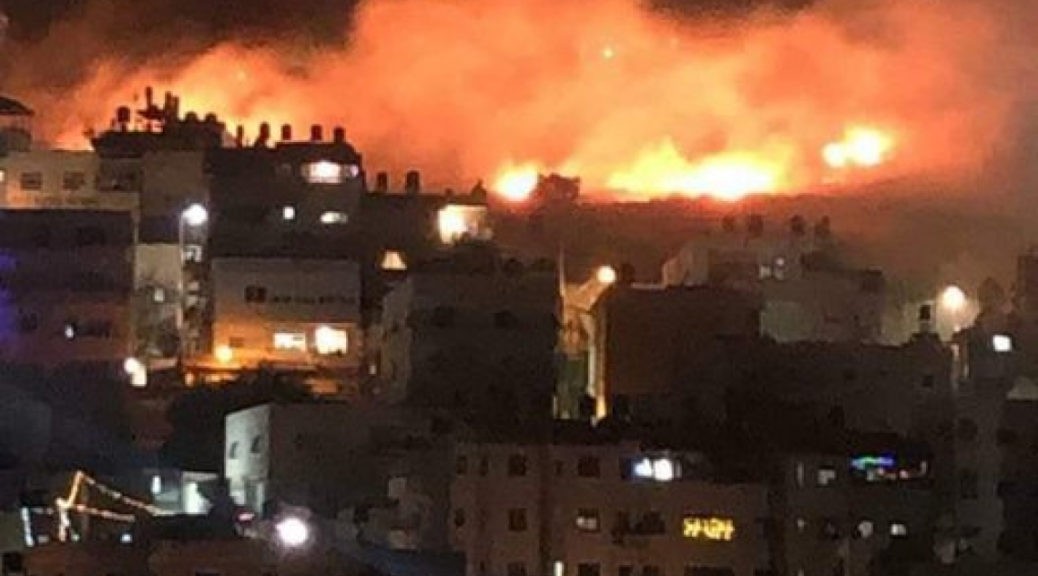 I really suggest, if you want to keep up-to-date that you join me on TELEGRAM 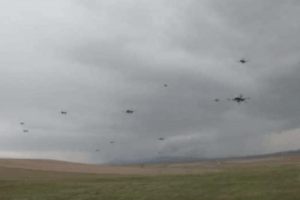 BULLETIN 3:14 PM EDT BELOW — — A shocking development inside Israel: Forces in the Gaza Strip are deploying suicide drones, able to evade Iron Dome because they fly so low; Iron Dome sites being destroyed!

It must be pointed out immediately that in the most recent war globally, the one between Azerbaijan and Armenia,  the Armenians LOST despite vastly superior weapon counts, because suicide drone strikes eroded those superior numbers.  Israel is now facing that exact same fate.

At least FIVE (5) drones have been seen and radar tracked over cities in southern Israel and some of those drones have successfully destroyed Iron Dome missile sites.

At this time it is not known who is supplying Hamas and the Gaza Strip with such weapons. Both Turkey and Iran manufacture such drones, and both those nations have publicly decried Israeli air strikes on civilian targets in Gaza.

This is a staggering development in the hostilities between Israel and the Palestinians.

So game-changing is this development, that Israel has instructed citizens in the border areas of Gaza to take immediate shelter and remain in their homes until further notice.

Those residents have also been urgently instructed to shut off all camera-enabled doorbell systems, home security systems and disconnect them from the Internet because, it is believed, Hamas is using cyber hacking to access those camera systems for targeting data.

There is much more to report, and that additional information will be added to this story as UPDATES below.  Please check back.

Video from the Israeli Defense Force shows a fighter jet engaging a new suicide drone launched from inside Gaza.   Please take note in the video of the AUDIO from the aircraft warning system, warning the pilot he is flying too low; it says “ALTITUDE – ALTITUDE” which gives viewers an indication of why these drones are now successfully evading (then destroying) Iron Dome missile launch sites.  The drones fly too low for Iron Dome to engage them!

Israel is now calling-up seven-thousand (7,000) military Reserve troops and ALL LEAVE CANCELED for combat troops, over a possible ground invasion against Gaza.  If Israel cannot put a fast halt to the suicide drone strikes, their military will be decimated.

The drones now being used by Hamas from the Gaza Strip to attack Israel have been identified as the HESA Ababil made by Iran.

They are a single-engine, multi-role tactical unmanned aerial vehicle manufactured by Iran Aircraft Manufacturing Industrial Company (HESA). The Ababil comes in two main lines, the Ababil-2 and the Ababil-3, of which the former has a number of variants. It is considered a long-range, low-technology drone. 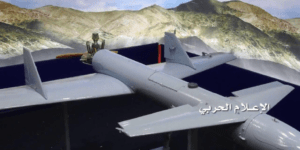 The model being used by Hamas from Gaza is named the QASEF-2K.

The Ababil-2 and Ababil-3 have been widely exported to governments and paramilitaries in the Middle East and elsewhere. The Ababil has been used in the 2006 Lebanon War, the Iraq War, and the Sudanese, Syrian, Iraqi, and Yemeni civil wars.

– BREAKING: 10:48 AM EDT — Hamas spokesman, Fawzi Barhoum: “We now have moved from the defense stage to the attack stage.”

The Pentagon withdraws 120 US military and civilians from Israel due to the escalation.

(HT REMARK:  OK, this is waaaaay over-the-top serious.   For the US Pentagon to withdraw people from Israel is . . . almost unprecedented.   Things must have turned very much worse, and very much more dangerous, for the US Pentagon to have done this.   It means things are taking place that none of us are being told about.   Time for me to contact my former colleagues in the Intelligence Community for a heart-to-heart update.)

Hezbollah spokesperson: “We will not sit idle while Israel conducts a ground operation into Gaza.”

Unconfirmed reports about launch of three rockets by an unknown proxy of IRGC Quds Force from Qlaileh, ebanon at North of Israel minutes ago! Qlaileh is located within 10km from border with Israel & 30km from city of Nahariya in northern Israel.

NOW CONFIRMED! Hal Turner Radio Show has been able to verify from Lebanese security officials and journalists that 3 (or more) rockets have indeed been fired from Lebanon into Israel, although it is unclear who fired them: Palestinian resistance or Hezbollah.

MORE: Now able to confirm FOUR rockets fired from Lebanon into Israel.  Rockets were fired from Lebanon at the Western Galilee. There was no alert and they landed in an open area.  Law Enforcement in Lebanon has ARRESTED SEVERAL INDIVIDUALS WHO LAUNCHED THE ROCKETS! (These we’re not fired from Hizbullah rather a PIJ faction in Lebanon) 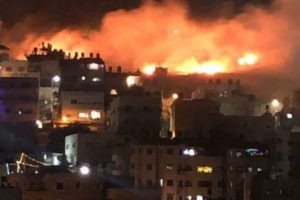 :30 PM EDT — The Israeli Defense Force tweeted a message that many believed indicated a GROUND INVASION was begun, but they have now clarified that . . .

Now being told “A ground invasion has not begun. IDF tanks, artillery, and mortar fire, are joining IDF jets, helicopters, and drones in massive strikes on Gaza.

Palestinians report that hundreds of people are fleeing southwards from the ongoing IDF op in the northern part of the Gaza strip.

Israel Homefront command orders all communities on the Gaza border to enter bomb shelters immediately at stay there.  All residents within 4km of the Gaza border are asked to remain in their shelters until further notice.

FROM MY INTEL SOURCES
Power outage in most of Gaza neighborhoods now.

The heaviest bombardment of Gaza by Israel Air Force within past 13 years is now taking place.

Over 100 fighter jets of Israeli Air Force are involved in this Operation before ground offensive by the IDF.

Earlier in the night, the IDF announced that it was conducting an air and ground operation against the Gaza Strip. Several media outlets reported that troops had entered the enclave, however, sources within the Israeli army and eyewitnesses reported that IDF forces never stepped onto Palestinian territory.

Egypt’s security delegation has left Tel Aviv following Israel’s launch of a new military operation, and Israel has refused Egypt’s calls for a humanitarian cease-fire, Al Arabiya reported, citing sources with the knowledge of the situation.

According to the report, a delegation from Egypt traveled to the Gaza Strip and then to Tel Aviv to consult with the authorities on the issue of reaching a ceasefire.

“Israel has rejected the Egyptian request for a humanitarian ceasefire, the Egyptian delegation has left Tel Aviv, fearing the start of a military operation,” a source told al-Arabiya broadcaster.

The IDF’s operation comes after several days of intensive rocket fire from the Palestinian territory. Israeli Prime Minister Benjamin Netanyahu said that the military operation against Hamas in the Gaza Strip would continue as long as necessary.

According to the Middle East Monitor citing local media, Israeli politicians said that they were relying on what results the army could achieve, noting that they support the escalation of the military conflict.

Residents of Israeli border settlements have been ordered to stay in bomb shelters until further notice by the country’s army, the IDF said.