This is from a Greek site.  As Alexander Mercouris has said: “Joe Biden has set the invasion for the 16th”.

I don’t buy any of this narrative but time will tell who is correct.

US: Accelerating the accumulation of Russian forces

The Russian military has received a “large-scale offensive order,” according to Pentagon officials. The State Department spoke of “dramatic acceleration of the accumulation of Russian forces in recent hours.”

Satellite images show that Russian camps have begun to evacuate and soldiers are being pushed into battle positions. At the same time, all Russian artillery units have taken up attack positions targeting Ukraine.

This is a significant move that took place a few hours ago and is the last stage shortly before the attack.

The Americans also noticed that the Russian tanks and armor were painted with a white paint for identification purposes, in order not to be bombed by the Russian Air Force.

The French Foreign Minister stated that according to the French Services “all Russian elements received an aggressive order for a major attack”!

The State Department has ordered the destruction of computer equipment at the US Embassy in Kiev and the relocation of your embassy to Lviv, as reported by WarNews247 a few days ago.

As part of the evacuation process, the State Department ordered the destruction of all Embassy equipment such as workstations, computers, networks, and the dismantling of the telephone system.

Important files were transferred to the airport and from there to Washington.

“We are in the process of relocating our embassy from Kiev to Lviv due to the dramatic acceleration of the accumulation of Russian forces,” said US Secretary of State A. Blinken.

In the same vein, the Pentagon said that Russia had added more military capabilities around Ukraine “even in the last 24-48 hours.”

Nuclear weapons & heavy armaments in Europe: Finally the NATO-Russia Founding Law due to the Baltic & Ukraine!

The Russian Camps are being emptied

Huge hospitals have been set up near the Assipowitschy military training ground in central Belarus, capable of receiving thousands of wounded Russians. Based on the image of the mobile campaign hospital, the Russians are preparing a raid on Kiev.

Attack and transport helicopters have landed very close to the Ukrainian border while another 20 Mi-8 / 17s were spotted in the Yaroslavl region.

The elite of Russian tanks, the Kantemirovskaya Division with 320 T-80U tanks and 300 BMP-2 IFVs, is located just 15 km from the Ukrainian border. 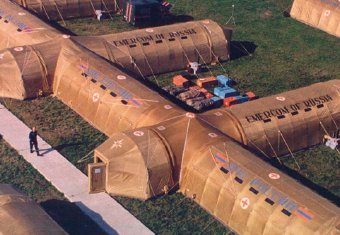 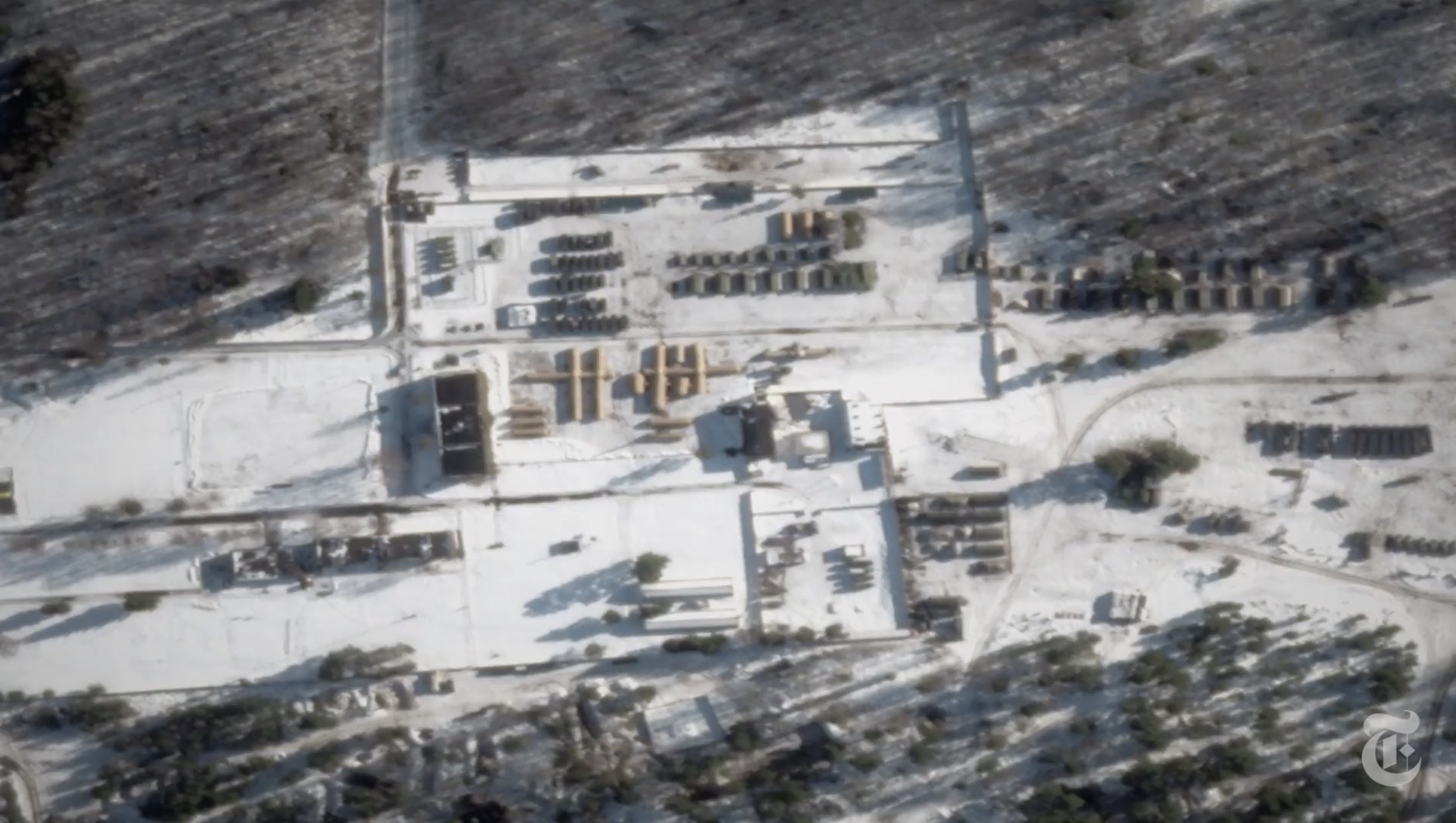 Alert to the Ukrainian Army

The Armed Forces of Ukraine have been on red alert since this morning.

Licenses are revoked while reserves are called.

Additional military reinforcements are arriving in the Chernihiv, Sumy and Zhytomyr regions, while units have been transferred to the Odessa, Kherson and Nikolaev regions.

At the same time, the KORD Special Forces units of the National Police of Ukraine, together with the “TOR” and “Omega” forces of the National Guard of Ukraine have been put on alert and have taken over the guarding of critical facilities in Ukraine.

Belarus: “Ukraine ends in 3 days” – USA: The Russians will throw what they have – They threaten with nuclear ignition if we intervene!

Watch videos of the movements of Russian forces 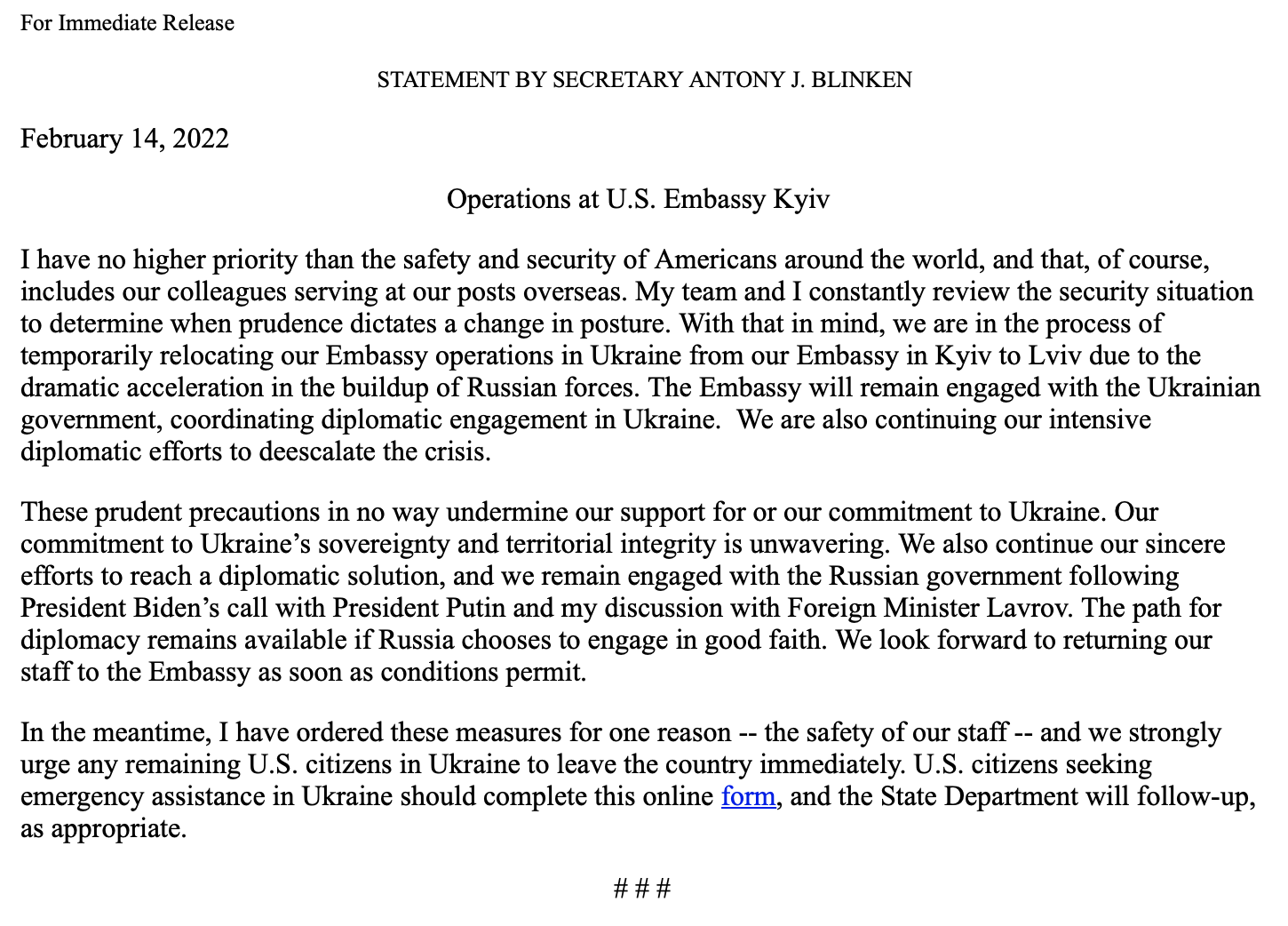 A matter of life and death for Moscow

Few days, perhaps hours, remain from the start of the largest Russian offensive on European soil in 30 years, an attack that has been described as a “matter of life and death” for Moscow.

An attack that can completely change the map and create up to 3 new states in the area.

Why is Russia “burning” for the business

Ukraine: Will it split into two or three states? “New Russia” and “Little Russia”

Russia’s goal is to avoid a protracted war by carrying out a lightning operation. If the Russian army moves really fast and does not encounter serious resistance, then Moscow will occupy Kiev, overthrow the government and the operation will end soon.

But if the operation does not go well and the Russians have serious losses, then Ukraine will be divided into two or three states.

Russia will acquire the most strategic industrial areas of Ukraine along with their resources. Western Ukraine will be doomed to a slow death without economy.

In this scenario, the territorial losses for Moscow will be negligible and a very large part of the population that Moscow considers to be “hard Westerners” will have got rid of without return.

Of course, this will create huge refugee flows, something that Moscow may want in order to create serious issues in NATO countries such as Poland, etc.

See this map here as well

Map-Nightmare! Berlin: Here is the form of the new Ukraine – Russian helicopters take off in waves! Watch video