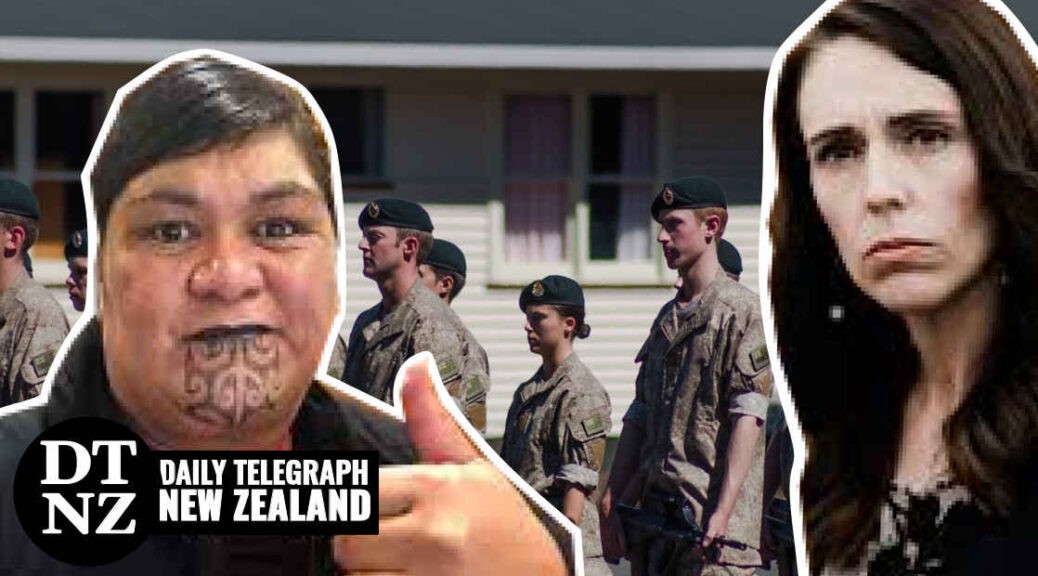 NEW ZEALAND IS SENDING ANOTHER 120 DEFENSE FORCE PERSONNEL TO TRAIN UKRAINIANS IN THE UK.

At no point will the nation’s military go into Ukraine, according to the New Zealand press. What’s behind Wellington’s effort?

“I don’t believe that the deployment of 120 New Zealand military trainers to the UK to train Ukrainian soldiers is any different from what NATO has been doing over the past eight years in helping to train and organize the Ukrainian ground forces,” said David T. Pyne, an EMP Task Force scholar and former US Department of Defense officer.

According to Pyne, sending New Zealand military trainers “will have absolutely no effect” on the course of the Russo-Ukrainian conflict and “amounts to little more than virtue signaling as it has become popular in Western leadership circles to show they are doing something to help Ukraine fight Russia.”

The dispatch of 120 New Zealand Defense Force (NZDF) personnel was announced by Prime Minister Jacinda Ardern as a previous 30-person deployment was completed. The New Zealand military will go over in tranches over the next three weeks. The NZDF training mission in the UK will end on November 30. In May, Wellington sent 30 NZDF specialists to the UK to train members of the Ukrainian military in using the L118 Light Gun, a 105 mm towed howitzer, according to New Zealand’s 1News.

Wellington’s military assistance to Ukraine comes in line with the US and NATO’s increased effort to arm and train Ukrainian troops and neo-Nazi battalions after the beginning of the Russian special operation to demilitarize and de-Nazify the Eastern European state in February 2022.

Pyne believes that “it is a mistake for New Zealand to send their troops to train Ukrainian soldiers.” Instead, Wellington “should be remaining neutral and using what diplomatic influence they have to join the call for a negotiated compromise peace to end the conflict on terms acceptable to both sides,” according to the former Pentagon officer. On June 18, the EMP Task Force scholar proposed a 15 point plan to restore peaceful relations between Russia and NATO and resolve the ongoing standoff in Ukraine in his op-ed for The National Interest.

“New Zealand’s recent action of sending soldiers to Britain to train Ukrainians is a futile and reckless endeavor that will do absolutely nothing except confirm the incompetence, arrogance, and ignorant enmity of the New Zealand regime against Russia and its people,” echoes Scott Bennett, former US Army psychological warfare officer and State Department counter-terrorism analyst.

According to Bennett, the New Zealand government is trying to distract the nation’s citizens from the political and economic failures of Jacinda Ardern’s Cabinet.

“In reality [the NZDF deployment to train Ukrainians] will accomplish nothing but waste valuable taxpayer dollars of New Zealand’s citizens and is a silly attempt for New Zealand PM Jacinda Ardern to seem politically relevant,” says Bennett. “She is also doing this because like most politicians and bureaucrats in Australia, New Zealand, Canada, America, and Britain the people are rising up in violent opposition to their national lockdowns and police state tactics that have been forced upon them for the past two years for the COVID-19 sickness.”

‘RUSSIA IS SET TO WIN, KIEV SHOULD RETURN TO NEGOTIATING TABLE’

The military experts highlight that Wellington’s NZDF training program seems pointless given that there are all the earmarks of Russia winning the ongoing standoff with Kiev.

“All honest intelligent analysts overwhelmingly agree that Russia’s military operation is essentially a military victory and Russia is now in a clean-up stage,” says Bennett. “Russia’s military tactics and tempo will accelerate over the next month for a final cleansing of the countryside and we will very quickly see an entire collapse of the Ukrainian military as they flee annihilation.”

For his part, Pyne suggests that “Ukraine has as little as four weeks to negotiate a compromise peace agreement based on Russia’s relatively modest peace terms” before the regions controlled by Russian forces begin voting in popular referendums on whether to reunify with Russia. Once they join Russia, Kiev will be incapable of bringing them back without the risk of further escalation, according to the EMP Task Force scholar.

“Accordingly, Western leaders would be wise to suspend all lethal military assistance to pressure Ukrainian President [Volodymyr] Zelensky to return to the negotiating table before it is too late,” Pyne emphasizes. “If Zelensky is truly concerned about the return of Ukrainian territory to Kiev’s control, he will do so.”

At the same time, the former DoD officer expresses concerns over the Biden administration’s attempts to prolong the military conflict in Ukraine by providing Kiev with military aid at the time when US-China tensions over Taiwan are escalating. House Speaker Nancy Pelosi’s visit to Taipei earlier this month resulted in more assertive actions of the Chinese military around Taiwan, which is seen by Beijing as an inalienable part of the People’s Republic of China.

According to Pyne, the Biden administration “would be far wiser” to facilitate an end to the Russia-Ukraine standoff “as quickly as possible, normalize all diplomatic and trade relations with Russia and negotiate a mutual security agreement along with a grand strategic partnership for peace, resolving all issues in dispute between Russia and NATO.”

One thought on “US EXPERTS: NZ’S MISSION TO TRAIN UKRAINIANS SENSELESS GIVEN RUSSIA’S IMMINENT WIN”