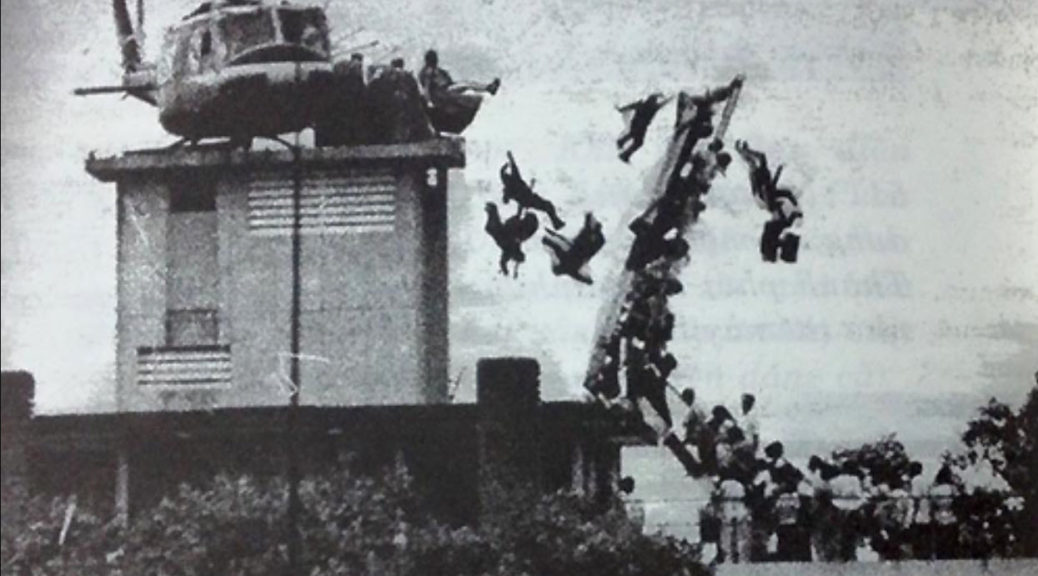 From Hal Turner who is never afraid to say what he thinks. I am old enough to remember what he talks about

Kabul Falling to Taliban; US Failure Worse than Saigon – US INTEL Totally Incompetent

Kabul, the capital of Afghanistan, is already filling with literally thousands of Taliban fighters as U.S. Embassy Staff continue to burn documents in preparation for evacuation.  The fall of Kabul is the most significant failure of U.S. Military and Intelligence since the fall of Saigon, Vietnam.

What this failure seems to some people to show, is that the ENTIRE U.S. Intelligence Community, including the Defense Intelligence Agency, are little more than functional retards; and the Generals like Chairman of the Joint Chiefs of Staff Milley, appear to be classic Dunning-Kruger Effect cretins. 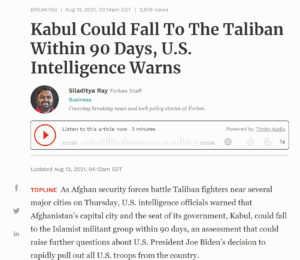 At this hour, Intelligence circuits are ablaze with news that “Thousands of Taliban fighters have already entered Kabul and tens-of-thousands more, with artillery and heavy weapons, are just outside the city, coming in from the North, South and West.  The city looks as though it will fall TODAY.”

The U.S. began sending three thousand troops back to Afghanistan 24 hours ago.  Late last night, that figure was increased to five thousand.

The troops are going with the sole purpose of protecting the evacuation of U.S. Embassy Staff from Kabul.  We are also told tonight that Australia is deploying troops to assist the U.S. in the Kabul evacuation.

You know what this is?  It’s another Saigon moment; just like when we lost the Vietnam War: 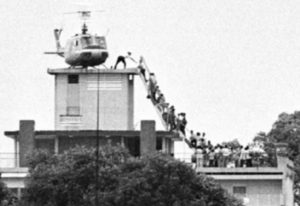 The last helicopter out of Saigon lands on the roof of the U.S. Embassy as the Communist Vietnamese conquered that Capital of South Vietnam. 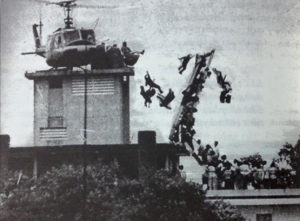 Embassy staff were so desperate to get out, they collapsed the steel staircase trying to get up to the helicopter:

Every single one of those people were captured by the Communists.  It did not go well for any of them.

This is what is now likely to take place in Kabul.

They knew the U.S. was pulling out of Afghanistan months ago.  Yet not one peep from them about the Taliban massing fighters, moving equipment, or planning in such detail that, once U.S. Troops began to leave, the Taliban was able to conquer fourteen cities within 2 weeks.

How did the Taliban plan this?  How did they move so many fighters un-noticed?  How did they move so much equipment un-noticed?   What method of communication have they been using to coordinate this offensive?   Why didn’t US Intel know that the Governor and Police Chief of Ghazni Province were making a deal with the Taliban to flee and turn-over the city of 190,000 to the Taliban without a fight, on condition the Governor and Police Chief could be safely escorted OUT of the city BY THE TALIBAN, which is exactly what took place yesterday ???? The silence from the Intel Community is deafening.

Want to know WHY the silence is deafening?  Because the U.S. Central Intelligence Agency and the US Defense Intelligence Agency are little more than functional retards.  Yes, I just said that.  Those agencies employ people who are so utterly incompetent, such career-minded ass-kissers, that they either didn’t know how to get proper Intel, or were afraid to present it for fear of pissing off their bosses.

Oh, and the Brass, like General Milley at the Pentagon bear blame too.  Maybe if General Milley and his Joint Chiefs of Staff took their head out of their ass and stopped paying attention to that psyo-babble bullshit “Critical Race Theory” and “White Rage” they might have been able to spend time actually running a war operation in Afghanistan.  Instead, these “Generals” stood-by and allowed this crap to take place.

The proof is in front of the world to see.

Take a good look, America.  This is what Incompetent looks like:

Burns should be FIRED immediately then arrested for criminal negligence or some intelligence-related crime, and thrown in prison or Hung by his neck from a Government Gallows.

Ashley should be Court Martialed for Dereliction of Duty and, if convicted, he should be put in front of a firing squad and Executed.

In fact, we have complete confirmation that the Intel Community is directly to blame for this from their Commander-in-Chief just 36 DAYS ago:

That was 36 days ago yet in Biden’s defense, I doubt if he remembers what he said 36 minutes ago.

The Taliban have already cut electrical power to vast swaths of the capital city.

The video below shows vast swaths of the city in total darkness:

The entire US govt just got caught with their pants down in Afghanistan and the whole world can see it. This is a complete collapse of American credibility.

Say “Goodbye” to the tens of thousands of Afghans who worked for the US Military, their families too.

The Taliban are going to “eliminate” such western thinking people from their midst … and do it QUICKLY.

The US REFUSED to issue Visas so those people who helped us could get out of the country, and the people in Washington KNEW when they were doing and that that they WERE WRITING DEATH SENTENCES for each and every one of those people and their families when they did that.

A LOT of people in DC are going to have a LOT of Blood on their hands because of their INTENTIONALLY SENTENCING TO DEATH so many Afghans.

Let that be a lesson to people in any other country who are inclined to help the US in the future.

And let this be a lesson to the U.S. Government as well.  If you go through with the rumored plans for COVID Internment Camps under the CDC’s “Shielding” program, or FORCED vaccinations by heavily armed military troops, or try initiating a vaccine passport for Interstate Travel, I fully suspect what the Taliban did to you in Afghanistan will look like kids play compared to what the American people will do to you in their righteous might.

Oh, and if your functional retard intel guys tell you the American people wouldn’t dare; just remember what they told you about the Taliban.  Unlike Afghanistan, it is my considered opinion that you government folks wouldn’t have anywhere to run to escape the American people.

If this is age-restricted what are the videos of the fall of Kabul going to be like?