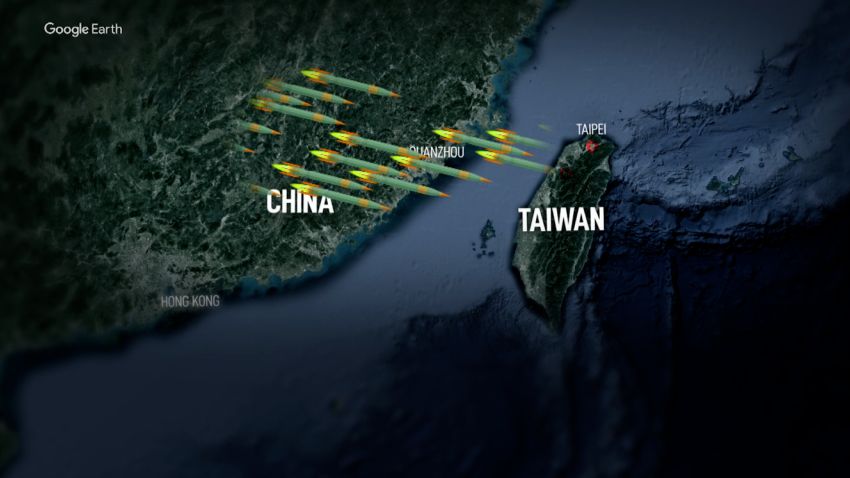 Hal Turner reported on this yesterday

Media sources in Asia have told me that a General of the US Marine Corps in Japan, James Burman, in an interview with the Financial Times, said that the US is right now preparing conflicts in Asia “according to the Ukrainian scheme.”

“Why have we achieved the level of success that we have achieved in Ukraine? Most of this was due to the fact that after 2014 and 2015 we seriously prepared for the future conflict,” Burman said.

He warned that the next conflict will begin with China in the Asia-Pacific region with the pumping of weapons from Japan and the Philippines.

American general: The United States and Japan are preparing for a possible confrontation with China in order to protect Taiwan

The commander of the Third Expeditionary Corps of the US Marine Corps, Lieutenant General James Burman, said that the US and Japan are preparing for a possible confrontation with China in order to protect Taiwan. According to the military, the American and Japanese armed Forces are strengthening military cooperation by conducting more joint operations in order to be ready for a potential conflict with the PRC in the event of military action against Taiwan.

According to Burman, Washington, together with its allies in Asia, are acting the same way as Western countries regarding the conflict between Russia and Ukraine, which are engaged in training Ukrainian servicemen and supplying Kiev with weapons.

We call this the organization of the theater of military operations. We are carrying out similar actions in Japan, the Philippines and other regions

The start of the so-called strengthening of cooperation between Washington and Tokyo will be given after the security talks between the heads of the foreign and defense departments of the two countries, which are expected to take place on January 11. Joe Biden’s meeting with Fumio Kishida, also scheduled for January, should also contribute to this. The reason for the summit was the decision of the Japanese authorities to dramatically strengthen the country’s defense capability, which provides for a significant increase in spending for these purposes in the amount of 2% of GDP, which is equivalent to $ 320 billion. All this goes against the policy of “active pacifism” enshrined in the Constitution of post-war Japan.

As the American newspaper The New York Times reported earlier, the White House has made active efforts to re-equip Taiwan’s defense system to repel possible “aggression” from Beijing.

Recall that recently military maneuvers near the island have been conducted more often by China. Beijing, in turn, has repeatedly stated that all these actions were a response to the visit of former Speaker of the US House of Representatives Nancy Pelosi to Taipei in August last year. Moreover, the PRC regularly accuses the United States of staging provocations off the coast of Taiwan. As noted in the Chinese Foreign Ministry, the country clearly adheres to the principle of “one China”, considering the island an integral part of the territory of the People’s Republic of China.

You will need Google Translate for this

Approaching the great conflict: the United States ran 22 scenarios of war with China because Taiwan – Loss: Sunken aircraft carriers and thousands of dead 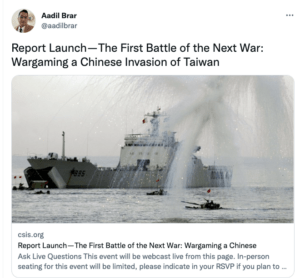 Report Launch―The First Battle of the Next War: Wargaming a Chinese Invasion of Taiwan 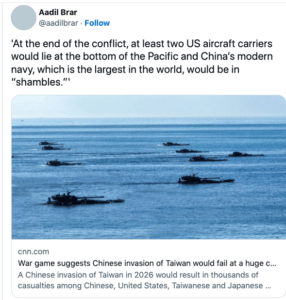 War game suggests Chinese invasion of Taiwan would fail at a huge cost to US, Chinese and Taiwanese militaries

One thought on “US is right now preparing conflicts in Asia”