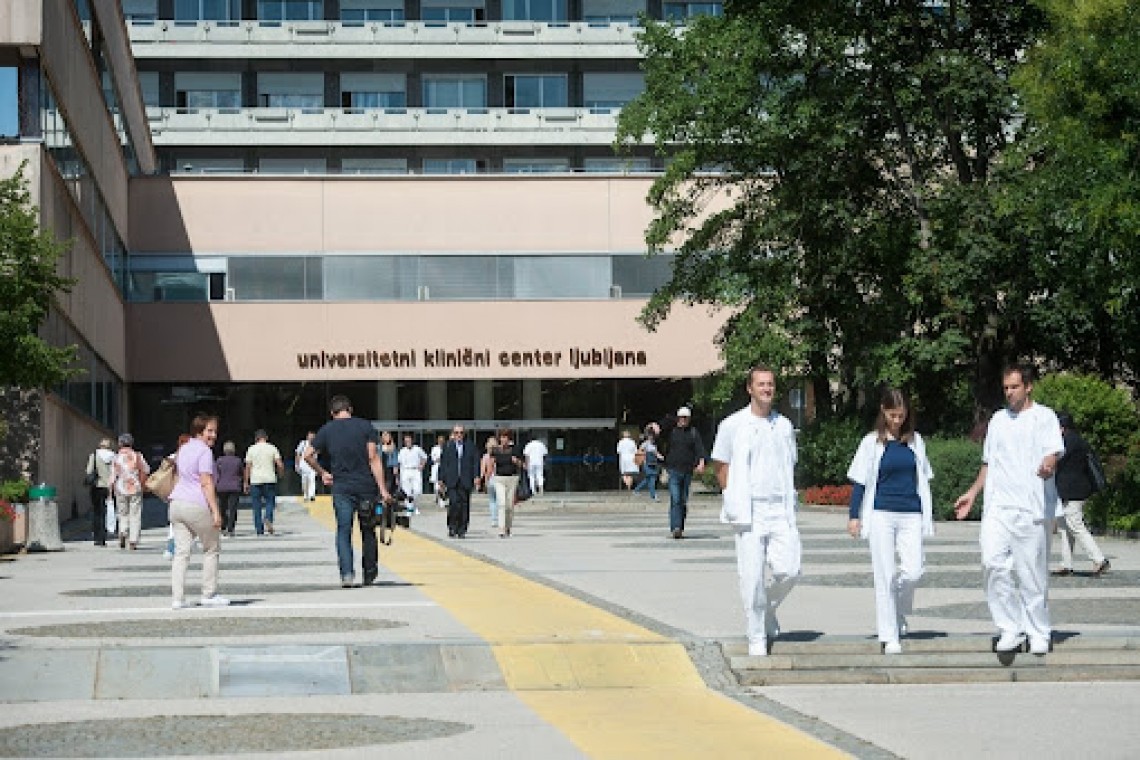 Many of us have long suspected a situation like this but coming across a whistleblower nurse in Slovenia is another.

I am posting this as is but have reached out to a friend living in Ljubljana to see if he can cast some light on this.

First, I came across this from Hal Turner

Word is coming out of Slovenia that, if verified, will cause an unimaginable world reaction.

On Saturday 20 November, the Chief Nurse of the University Medical Center, Ljubljana Clinical Center, (pictured above, who deals with the administration of vaccine vials and manages everything, quit her job, went in front of TV cameras and took out vaccine bottles.

She showed the gathered journalists the codes on the bottles, each with the final number 1, 2, or 3 in the code, and then explained the meaning of these numbers:

Number 2 is the classic mRNA “vaccine”

Number 3 is an RNA stick containing the ONC gene, related to adenovirus, which contributes, among other things, to the development of cancer.

For these who get jabbed from vial whose code ends in the number 3, she says people who received them will have soft tissue cancer within 2 years.

The media has been told to absolutely bury this story and fierce efforts at containing this information are underway right now.

More details if they become available.

Then, I found this: 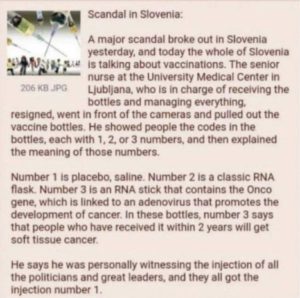 I also found something on VK HERE

Through that I found the following video which appears to be dated 30 July but ostensibly relates to the above.

Someone provided a rough translation in the comments:

“Yesterday there was a big scandal in Slovenia, and today all of Slovenia is talking about a big vaccination.

The head nurse of the University Medical Center, a clinical center in Ljubljana, which takes care of the bottles and everything, gave up, went in front of the cameras and took out the bottles with the liquid bottles.

He showed people the codes on the bottles, each containing 1, 2 or 3 numbers in the code, and then explained the meaning of the numbers.

Number 2 is the classic RNA bottle.

Number 3 is the RNA stick containing the onc gene, related to the adenovirus, which contributes to the development of cancer.

For these bottles, the number 3 says people who received them in 2 years will have soft tissue cancer.

* He says he personally witnessed the stings of all politicians and tycoons and they all got sting number 1 and then received saline, a placebo.

And that explains why the same character stabs all our politicians when they shoot for the media.”

35 thoughts on “Vaccine Scandal in Slovenia – Bottles have Code #’s for Placebo, Vax, or KILL SHOT”