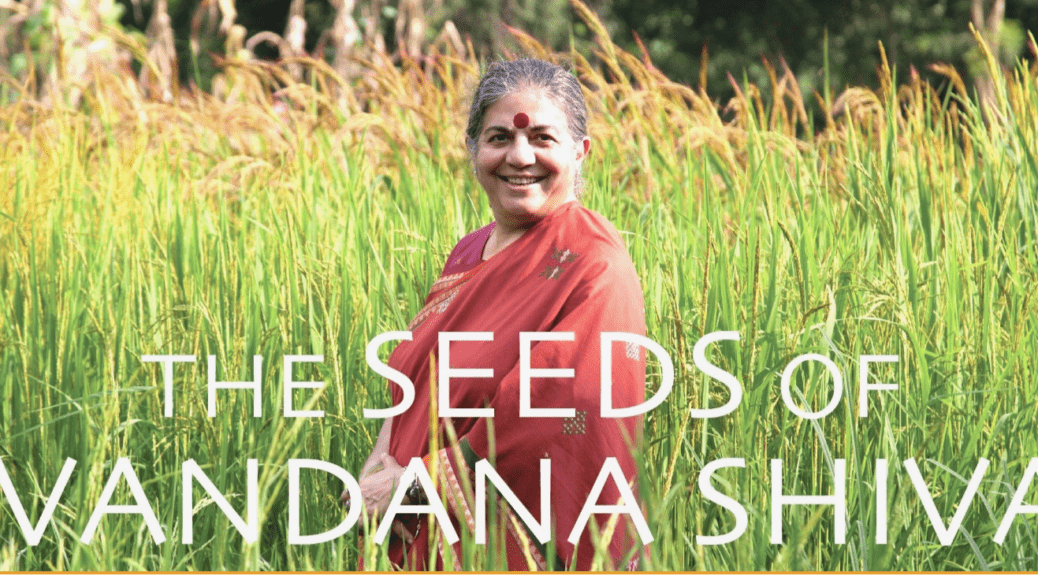 In my latest Under The Skin podcast I spoke with Indian scholar, food sovereignty advocate and environmental activist #VandanaShiva​.

In this video she speaks about #BillGates​‘s book, the colonisation of land and food production, however she provides us with hopeful and powerful words of advice that might help us challenge these Tech Giants and monopolies.

Listen to my Under The Skin podcast to hear from guests including Jonathan Haidt, Jordan Peterson, Naomi Klein, Kehinde Andrews, Adam Curtis and Vandana Shiva.

Get a free trial at http://luminary.link/russell​ For more information on Vandana’s work and to take part in her online courses go to navdanya.org

Her latest book is called: Oneness VS the 1%: Shattering Illusions, Seeding Freedom.

Also please check out the documentary film about Vandana’s work “The Seeds of Vandana” here: https://vandanashivamovie.com​

Elites are taking over! Our only hope is to form our own. To learn more join my cartel here https://www.russellbrand.com/join​ and get weekly bulletins too incendiary for anything but your private inbox.

How did the willful daughter of a Himalayan forest conservator become the world’s most powerful opponent of Monsanto? The Seeds of Vandana Shiva, a feature-length documentary, presents the remarkable life story of the Gandhian eco-activist and agro-ecologist, Vandana Shiva. A classic David versus Goliath tale, the film shows how Vandana, a brilliant scientist, became Monsanto’s worst nightmare and a rock star of the international organic food movement.

Vandana Shiva is a modern-day revolutionary, and for forty years has been fighting a heroic battle on behalf of humanity and the ecologically besieged natural systems that support us. But she is opposed by powerful multinational corporations invested in continuing their degenerative but lucrative agricultural practices. By profiling one of the greatest activists of modern times, the film looks at the epic struggle over who controls the world’s food systems, and asks the question, who will prevail?