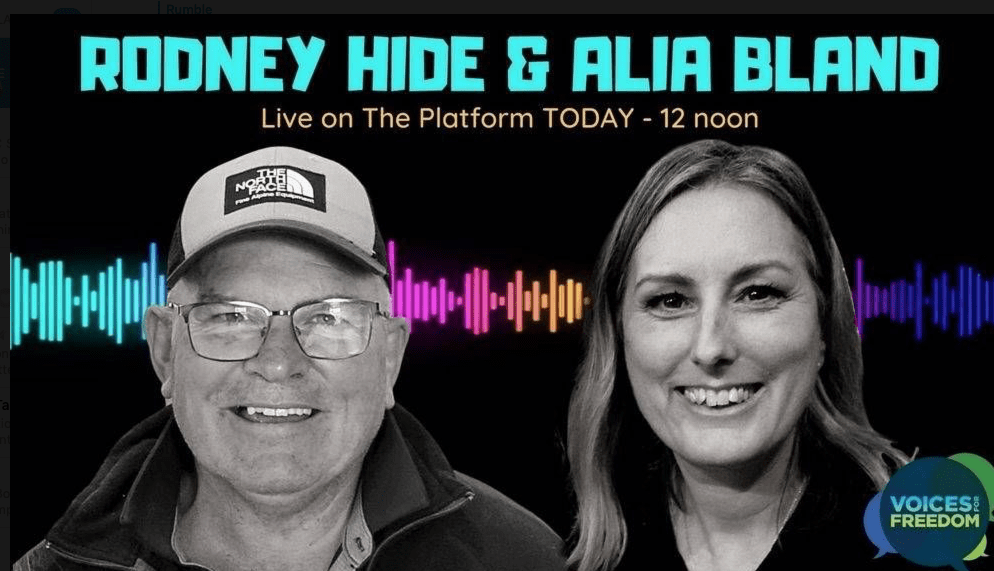 Yesterday was a red day for New Zealand.

The Platform, set up by much-maligned journalist, Sean Plunkett hosted a 3 hour special with ex-leader of the ACT Party, Rodney Hide who gave the people who have been mandated out of jobs and injured by the mRNA jab a chance to tell their stories – an absolute first time ANY mainstream media outlet has allowed this. 24 hours later the podcast has not been posted anywhere and I am doubtful that that is going to happen.

Because I suspect the same might happen again I have recorded the show and uploaded to a video.

Throughout much of my life Rodney Hide would have been a political enemy.

But I have discovered a warm, compassionate man who sincerely cares about his fellow humans.