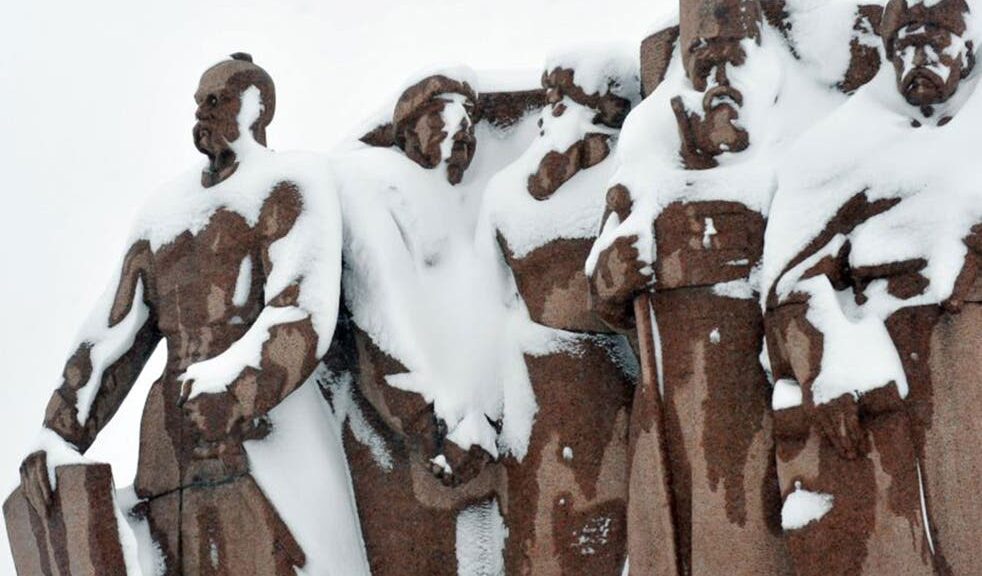 Just days after we learned that Europe’s cell phone tower energy reserves will last 30 minutes during the upcoming mass blackouts, putting the entire European cellular system in jeopardy, the continent which will soon replace Russia with the US as its vassal master and energy sponsor, got even more bad news: according to Florence Rabier, director-general of the European Centre for Medium-Range Weather Forecasts (ECMWF), i.e., the European weather forecasting agency,  early indications for November and December were for a period of high pressure over western Europe, which was likely to bring with it colder spells and less wind and rainfall, reducing the generation of renewable power.

This, as the FT translates, means that Europe could suffer a colder winter with less wind and rain than usual, adding to the challenges for governments trying to solve the continent’s energy crisis.

Needless to say, the forecast – which is based on data from the ECMWF and several other weather prediction systems including those in the UK, US, France and Japan – is a major problem for European politicians as they try to contain soaring energy costs for businesses and households owing to huge cuts in gas imports from Russia, and to moderate public anger and outrage at the coming freezing winter where Europe has somehow promised to cut demand by as much as 20% (nobody knows just how it will do that).

Adding insult to injury, however, is that Europe’s fascination with renewable energy will once again be a huge disappointment: “If we have this pattern then for the energy it is quite demanding because not only is it a bit colder but also you have less wind for wind power and less precipitation for hydro power,” Florence Rabier told the Financial Times.

Rabier said recent hurricanes across the Atlantic could cause milder, wetter and windier weather in the short term. But cooler weather later in the year would be consistent with the atmospheric conditions known as La Niña, a weather pattern derived from the cooling of the Pacific Ocean’s surface, which drives changes in wind and rainfall patterns in different regions.

Of course, this could prove to be just another example of Europe being woefully wrong at forecasting, well, anything (just note the ECB’s track record). Weather in Europe is difficult to predict as the conditions are dictated by several remote factors including winds in the tropical stratosphere and surface pressure across the Atlantic.

In any case, there is a faint silver lining to Europe’s coming deep freeze: as Reuters’ reporter John Kemp reports, Europe is entering winter with a near-record volume of gas in storage after buying large volumes at almost any price over the summer to prepare for an interruption of supplies from Russia.

Gas inventories in the European Union and the United Kingdom (EU28) had climbed to 996 terawatt-hours (TWh) by Sept. 30, according to data from Gas Infrastructure Europe (GIE). For the time of year, inventories were at the third highest on record, with higher volumes only in 2020 (1,074 TWh) and 2021 (1,067 TWh).

Storage had risen by around 700 TWh from its post-winter low, the second-fastest increase on record, as suppliers purchased as much gas as possible despite exceptionally high prices.  As a result, stocks ended the summer refill season +98 TWh (+11% or +0.83 standard deviations) above the prior ten-year average.

As Kemp forecasts, Inventories are likely to continue increasing for at least another three weeks until late October, but the build could persist into early November, depending on temperatures and how far high prices restrain consumption. Since 2011, the median date on which storage peaked was Oct. 26, but in two cases inventories continued rising into the first half of November.

But the volume of gas in store is still increasing at an average rate of more than 2.3 TWh per day, implying it is likely to climb towards the top of the range.

EU storage is more than 89% full and UK storage is more than 94% full, with extra stocks likely to be added over the next 3-6 weeks. Storage is well ahead of the formal target of 80% this year (preferably 85%) by Nov. 1 agreed by the EU in June (“Council adopts regulation on gas storage”, European Council, June 27).

According to Kemp, European governments have fulfilled their stated objective of maximizing the volume of gas in storage ahead of winter 2022/23 to reduce the impact of a disruption of pipeline supplies from Russia. But storage is intended to deal with seasonal variations in consumption, not provide a strategic reserve in case of an embargo or blockade.

Maximizing the volume of stored gas will alleviate the impact of any supply disruptions but it is not enough to guarantee supply security. In the event of a complete cessation of imports from Russia, a colder than normal winter such as the one forecast, or both, gas would become scarce before the end of March 2023.

Even if Europe scrapes through this winter, inventories are likely to end at very low levels, requiring another, perhaps even bigger, restocking next year ahead of winter 2023/24.

Bottom line: inventory accumulation has put Europe in a stronger position than at this time last year but regional supplies are still at risk which will require further action from the market and policymakers. Supply security depends critically on the ability to reduce consumption well below prior year levels – irrespective of temperatures and the level of heating demand. And if Europe has a truly cold winter, then all bets are off…

The media talks in euphemisms and never tells the whole truth

Europe Is Preparing For Power Outages This Winter

European Union members are preparing for the possibility of power shortages this winter due to the continuing squeeze in energy supplies.

This is according to reports citing a senior Brussels official, who said that the bloc is working on two scenarios featuring blackouts, Reuters wrote today.

The first scenario sees a limited power outage in a small number of EU members, with the rest of the bloc stepping in to help with its own supplies.

The other scenario, which is much grimmer, sees the outage spreading across many EU members, rendering them unable to help each other. In this case, crisis management commissioner Janez Lenarcic said, the Commission will use its strategic reserve to help the member states affected by the blackout.

The commissioner did not specify what strategic reserve the Commission would use in case of a blackout.

The warning of possible power shortages comes just days after another report that referenced the threat posed to wireless communications if there is insufficient power generation in the winter.

With Russian gas imports significantly lower than normal and several nuclear reactors in France down for emergency maintenance, most of Europe faces the risk of energy rationing or outages, which could wreak havoc on mobile communications, Reuters reported last week.

The danger comes from backup power systems that are not as widespread as they should be in case of a power shortage or rationing. According to the report, there are half a million telecom antennas across the European Union but most of their backup batteries only have a storage capacity of half an hour. According to unnamed sources who spoke to Reuters, potential blackouts could last up to two hours.

The International Energy Agency said on Monday that Europe was facing “unprecedented risks” because of the drop in Russian gas imports, adding that Europe will be competing with Asia for scarce gas shipments this winter.

By Irina Slav for Oilprice.com

In the meantime, from Pepe Escobar..

THE HAMMER WILL COME DOWN

Everyday, no exception, my inbox is taken over by the toxic sludge of Stupidistan’s Think Tankland, regurgitating all sorts of “analyses” ranging from “Putin’s world is smaller than ever” to  “the moral and strategic disaster of his war ending his imperial dreams” and of course “Russia’s position is crumbling” across Country 404.

For quite a while now I decided not to waste my precious time arguing with these lavishly-paid sub-specimens. War is a messy business – and patience is virtue. So let’s go straight to the point.

Russia has started to reinforce several fronts – and by the time this is over, by December, the hammer will come down.

The reason the MICIMATT is hysterically spinning this stupidity about the Russian military crumbling is FEAR. Russia is about to move to destroy the entire infrastructure of Country 404. There may be no dams, water, bridges, electricity, phones, internet for almost the whole thing apart from Donbass – much like the US did to Iraq on the first day of war in 2003.  That will be the end of “Ukraine”. The Russians plan to bomb critical infrastructure in Kiev. It’s coming. And it won’t be pretty.