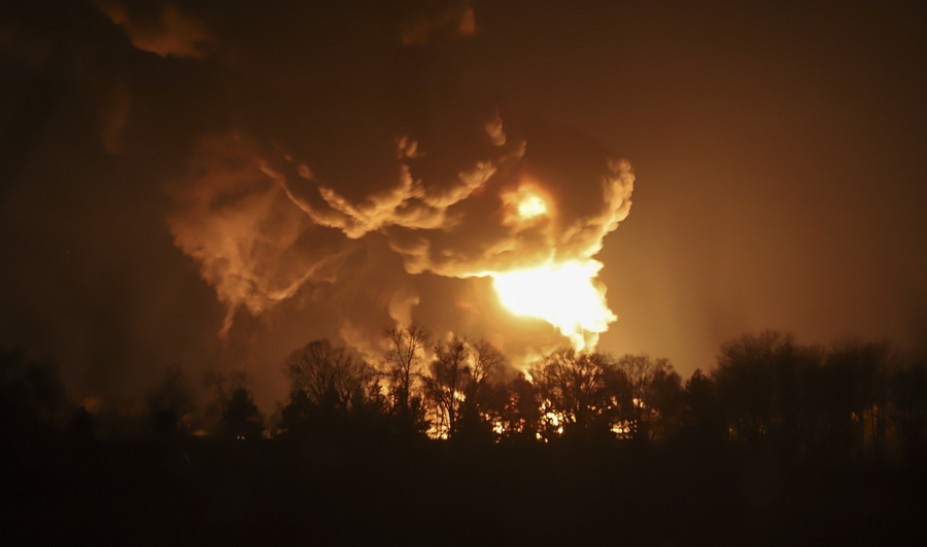 Russia carried out its largest ever airstrikes yesterday, launching 100 cruise missiles in a pounding of unprecedented power that lasted at least two nightmarish hours. This time Moscow also hit the electricity system in neighboring countries.

“About a hundred missiles were fired from the Caspian Sea, the Russian Rostov region and also from the Black Sea, ” Yuriy Ignat told Ukrainian television, clarifying that “the use of offensive drones (unmanned aerial vehicles) was not recorded.”

According to the Ukrainian authorities, this raid surpasses the missile attack on October 10, during which Russia had launched 84 missiles.

After yesterday’s bombardment of strategic energy infrastructure in 12 Ukrainian cities, more than 10 million citizens were left without electricity.

The authorities of the Lviv region said that the full restoration of the damaged electricity facilities in the region will take up to a year.

“Lviv has been left without electricity by 80%, there is no heating and hot water, there is great damage to the energy infrastructure due to the explosions,” said Mayor Andrey Sadovoy.

The restoration of the affected energy infrastructure facilities will take about a year , the authorities of the Lviv region stressed.

“It takes 8-12 months to fully restore the operation of energy facilities in our region to pre-war levels,” Maxim Kozhitsky, head of Lviv OVA, wrote on his Telegram channel.

It said the impact of yesterday’s shelling in the region was worse than in October, as airstrikes again hit vital infrastructure. All three targets hit were severely damaged.

“Now only 30% of the district’s subscribers can use electricity at the same time, ” Kozitsky added.

Kyiv mayor Vitali Klitschko revealed that emergency power outages have begun in all regions of Ukraine after Kyiv.

“This is a necessary step to balance the power system and prevent equipment damage. Half of the capital has been left without power, following Sumy and Kharkiv .’

The deputy head of the Office of the President of Ukraine Kyrylo Tymoshenko said that the situation with energy infrastructure in the country is critical.

“The situation is critical. Most of the strikes were recorded in the center and north of the country,” he said.

“The situation in the capital is very difficult, special emergency programs are being introduced. “Ukrenergo is forced to initiate emergency blackouts to balance the power system and avoid equipment failures ,” Tymoshenko said.

In Kiev, for some reason, part of the bridges are blocked, the city is standing. pic.twitter.com/xPaC9VvyhT

The energy transmission system in neighboring countries was also hit!

This was stated by Energy Minister Galushenko.

“This attack can affect not only the energy system of Ukraine, but also the energy systems of some of our neighbors. “There were missile strikes on both the production facilities and the electricity transmission system,” he said.

Yesterday, an air alert was declared throughout the country

– In Rivne, a vital infrastructure facility was hit, a part of the city is without electricity, city authorities said.

-Explosions also occurred in Kovel, Vinnytsia and the Ivano-Frankivsk region.

– In Kremenchuk, a substation was blown up.

-Governor of Kharkiv Oleg Sinegubov confirms the attacks in Kharkiv. In Zhytomyr and Kharkiv, after the attacks, some areas of the cities are in darkness. After the explosions, metro work in Kharkiv stopped.

As can be seen from the new footage, after a close blast, the Russian rocket calmly continued its flight to the target. pic.twitter.com/9FHPJC5L7i

Zelensky: “Critical situation in Kiev – Emergency measures and black out”

A critical situation has developed in Ukraine after the new missile attacks on energy infrastructure facilities, as the deputy head of the office of President Zelensky admitted.

“The situation is critical. Most of the explosions were recorded in the center and the north of the country.

The situation in the capital is extremely difficult, special power outage programs are being introduced in the context of emergency,” he wrote on his Telegram channel.

According to him, the Ukrenergo company is forced to take such emergency measures in order to balance the energy system and prevent equipment accidents.

Russia “will not achieve its goal” of destroying Ukraine’s energy infrastructure, Zelensky said earlier in a video message.

“It is obvious what the enemy wants. It will not achieve its goal ,” the Ukrainian president said in a social media post.

According to Zelensky, “85 (ss 100) missiles were launched yesterday by the Russian army mainly against energy infrastructures of Ukraine”.

“We are working feverishly, we will restore everything, we will survive all this ,” he assured his compatriots.

Ukraine said on Tuesday that more than 7 to 10 million households were left without electricity after a new barrage of Russian attacks targeting the country’s power grid.

“More than seven million subscribers are now cut off from electricity” after 15 energy facilities across Ukraine were damaged by Russian strikes, the deputy head of President Volodymyr Zelensky’s office, Kirill Tymoshenko, said on social media.

“Our electricians are now doing everything they can to restore the power supply as soon as possible.”

An energy infrastructure facility in the Zhytomyr region is on fire. pic.twitter.com/Hsv6wbGEzT

In those areas of Ukrainian cities where electricity supply is still maintained, significant voltage surges are observed. pic.twitter.com/7choyUvxcP

🇺🇦🚫🔌⚡️💡The authorities of the Lvov region said that the full restoration of damaged power facilities in the Lvov region will take up to a year. pic.twitter.com/p8tvvfqI6b

Map: The Russians hit all over the country 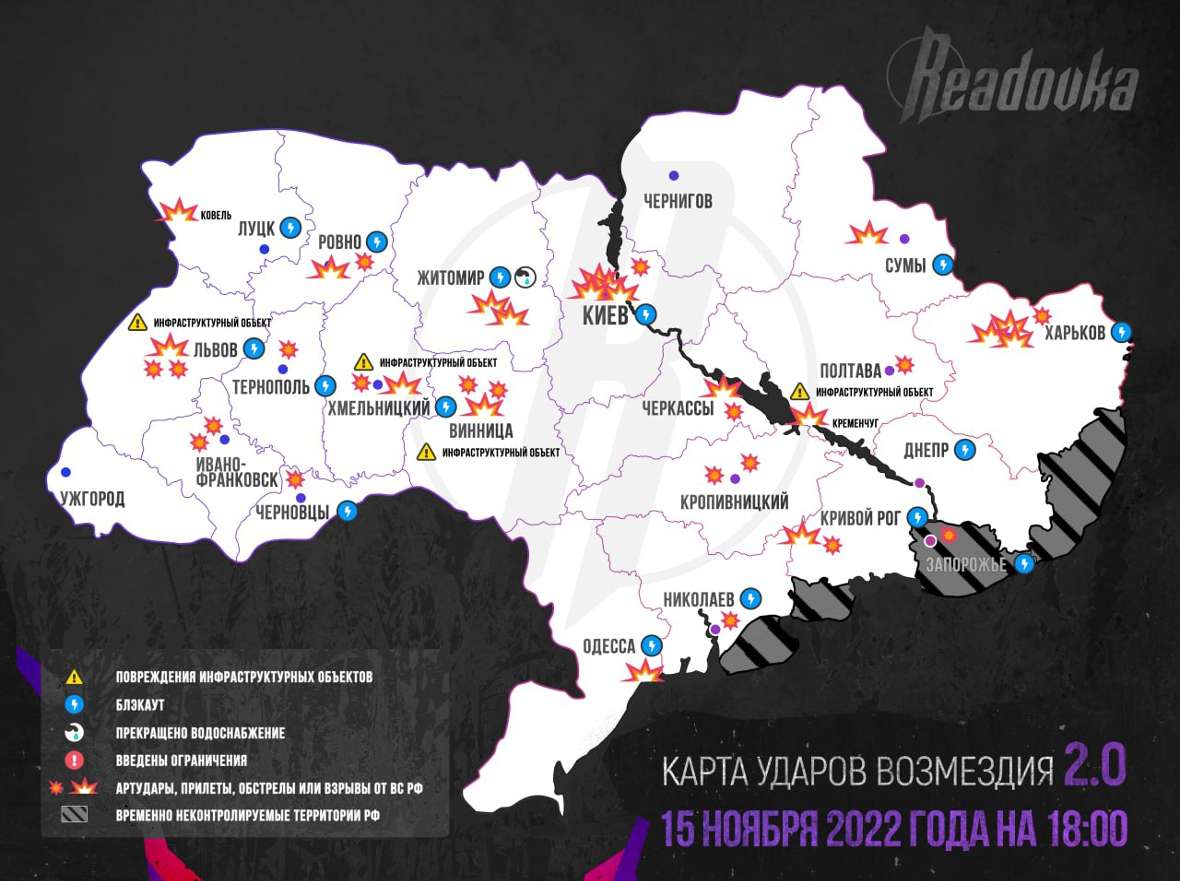 Zelensky fierce attack on USA & Poland: “I am 100% sure that the missile was not ours” – Accuses NATO of a cover-up! (video)

Watch the video of the statements

A major issue within NATO is created by the statements of Ukrainian Officials, for example Danilov, but also by V. Zelensky himself who did not simply question the conclusions of the West but declared 100% certain that Russia hit NATO territory…

V. Zelensky’s statements have caused a storm of reactions within NATO as Kyiv talks about an unprecedented attempt to cover up a Russian missile attack against a NATO country.

Either some promised a “false flag” operation and then fired Zelensky or, indeed, the US decided to “swallow” the Russian provocation as WarNews247 reported earlier.

However, the actions of the Americans and the Poles show that a thriller was being played yesterday for 12-18 hours. In addition to NATO AWACS, and the Polish Army’s RAT-31DL radar in the Labun area (images below), 40 km from the village of Przevodow had recorded the missile attack and the missile’s path.

But the Poles do not make the data public.

Read also: Conflict between Poland, USA & Ukraine: The Americans “swallowed” the attack after 12 hours of consultations – Crack in NATO – Zelensky in the center

V. Zelensky: “I have no doubt that the missile was not ours”

Ukrainian President Volodymyr Zelensky, according to Ukrainian news agency Interfax, said this afternoon that he has no doubt that the explosion that killed two people in Poland was not caused by a Ukrainian missile.

“I have no doubt that it was not our missile,” he said, according to Interfax Ukraine, adding that Ukraine must gain access to the site of the explosion.

“I’m sure we should be and will be part of the investigation. I want to be fair and if it was the use of our air defenses then I want that evidence. We want access to the data you have, ” the Ukrainian president added.

According to Zelensky, he received reports from the command of the Armed Forces of Ukraine and the Air Force and “can only trust them.”

He also believes that Ukraine should have been allowed into the crash site.

“Can we not talk about the final conclusions? Do we have the right to be on the investigation team? Of course”.

“I have no doubt. I have been informed by the Commander of the Air Force and AGEETHA Zaluzni.

I have no reason not to trust them.

We are fighting this war together.”

Ukraine is asking for a joint investigation into the incident with its partners and to be informed of the information on which the conclusions of their allies were based.

Kyiv “is absolutely open to a thorough investigation of the situation,” he wrote on the Council’s official Facebook page.

Oleksii Danilov also said Ukraine had evidence of a “Russian trace” in the attack and repeated Ukrainian President Volodymyr Zelensky’s accusation against Russia of “missile terrorism”, despite statements from their allies Poland and NATO , that the missiles were not fired from Russia.

Danilov did not elaborate on the evidence he was referring to.

According to CNN, a US official, who spoke on condition of anonymity, claimed that the Ukrainian military informed the US and its allies that it had indeed attempted to intercept Russian missiles near the site of the explosion in Poland.

It is unclear whether this air defense missile is the same one that hit Poland, but this information keeps the US assessment of the strike in check.

Duda: You need the “green light” from Poland and the USA

Responding for his part to Danilov’s statements, Polish President Andrei Duda announced that “Poland and the US should agree that Ukraine participates in the investigation of the missile that fell into a village in southeastern Poland . “

“Procedures are being conducted by Polish and American experts, and if someone is allowed to participate in these procedures, it would require at least the agreement of both parties,” said Andrei Duda, clearly annoyed by Ukraine’s disputing of his statements. with which the Polish president himself expressed the assessment that the missile strike that occurred in a border Polish village “probably came from the Ukrainian air defense”. 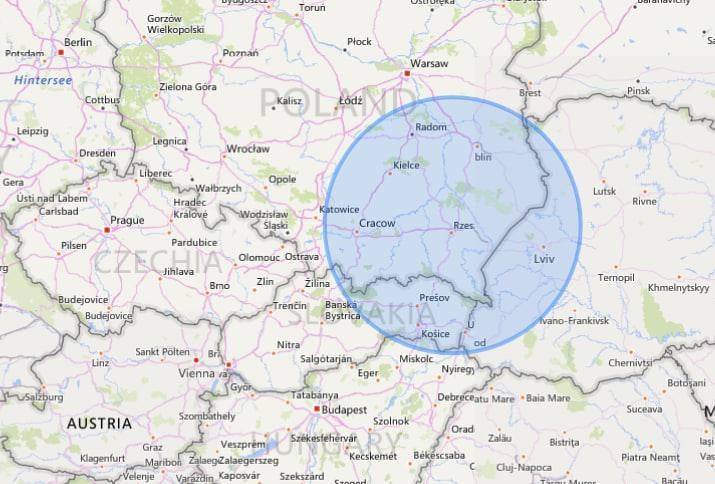 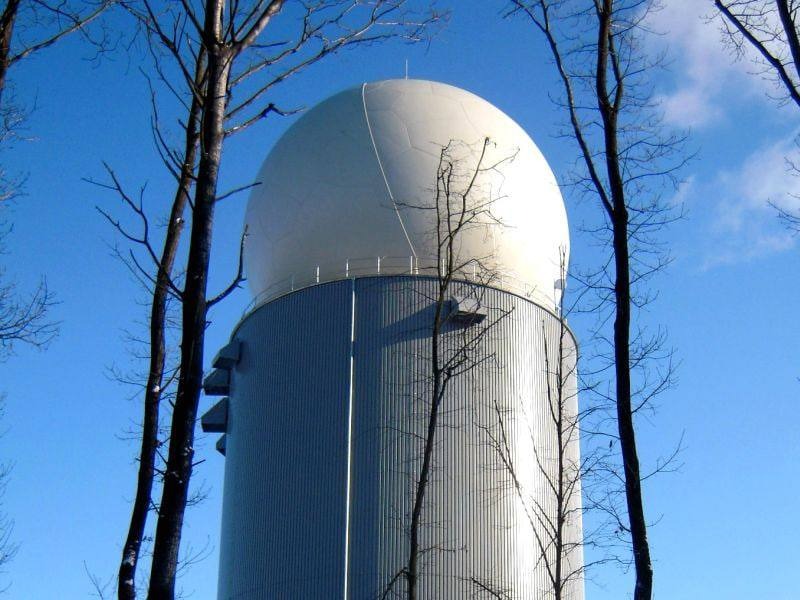