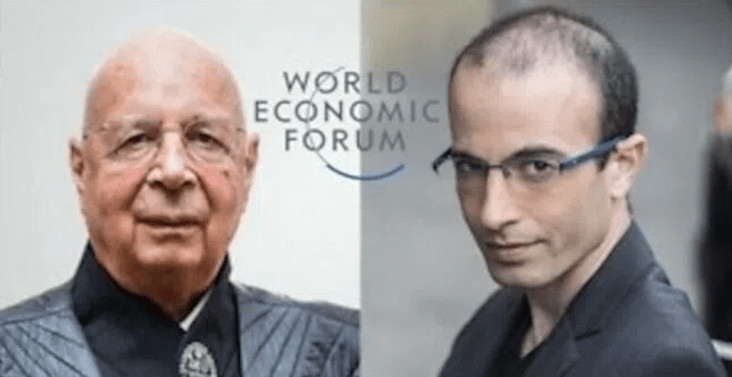 Harari, whose middle name happens to be Noah, made prediction about the “technological Noah’s Ark” while taking part in a discussion at the Warwick Economics Summit on Friday. According to Harari, the vast majority of the world will perish while the world’s “elite” are set to escape the global mass-extinction event.

CNN’s Bill Weir, who hosted the discussion, followed up by suggesting the Covid pandemic was the “dress rehearsal” for the upcoming event.

According to Harari, so-called “elites” will shield themselves from planetary catastrophes while the rest of humanity perishes. Harari made remarks while discussing “climate change,” which he framed as “the most pressing threat facing humanity.”

During the panel discussion, Harari described “climate change” as a function of man-made global warming. He stated:

Technology is obviously the key.

It created the problem in the first place.

It’s also a key to the solution, but by itself, technology is never a solution, because every technology can be used for for good or for ill.

It depends on how you [use] it, [and] on which interests you take into account.

So yes, we need people to work on the technological aspects, but we need the politicians to direct it in the right way for the benefit of the greatest number of people and of the entire ecosystem.

One of the biggest dangers in technological utopianism — [the belief] that, “Oh, the technology will solve it” — is a kind of Noah’s arc syndrome, like in the Bible with the flood, that yes, eventually they built an ark, but just for five people or something like that.

There is a very big danger that with climate change, when people talk about what our future going to be like, there is no “us.”

There is no “our future.”

Humanity might divide into a majority – maybe – of people who would suffer tremendously, and a minority that will have the resources, the wealth, [and] the technology to protect themselves, and even flourish in some kind of technological Noah’s Ark.

CNN’s Bill Weir, who hosted the discussion, described the “COVID pandemic” as a “dress rehearsal” for “the climate crisis.”

He continued by alluding to the contemporary leftist slogan “trust the science.”