I can’t really think of where else you might see this (if true, as it appears to be). 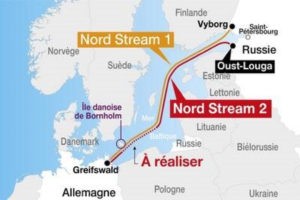 Video and photos have emerged showing European vessels RAMMING pipe-laying ships, and Submarines being deployed to screw-up the pipe being laid for the Nordstream-2 gas pipeline from Russia to Europe.

The Nordstream-2 gas pipeline is being constructed from Russia to northern Germany along the floor of the Baltic Sea as shown on the map below: 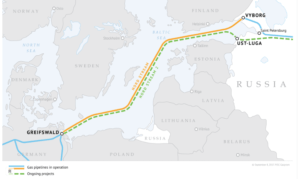 Gas from Russia will be sold to Germany and other European nations, meeting the gas needs of those countries and earning profits for Russia.  All good, right?

There are people in the West (i.e. Europe and the USA) and in the Middle East, who do not want Europe to be dependent upon Russia for natural gas and who do not want Russia becoming wealthy by selling their vast gas reserves.

The issue of the Nordstream-2 pipeline was first raised by then-President Donald Trump who spoke bluntly to Europe saying “You want the US to protect you from Russia, then you enter into an agreement to buy billions of dollars in gas from . . . .Russia!”  Trump went on to ask “Why should the US continue to pay billions to protect Europe when Europe chooses to do business with the very entity they seek protection from?”

That was a valid point.  No one could provide an answer.

Well, it turns out the Nordstream-2 pipeline has become a very much larger issue than anyone was lead to believe.

Video and photos have emerged showing . . . ready for this . . .  UNMARKED Naval War Ships entering the pipeline construction area at sea, and meeting-up with . . .  ready for this . . . . unmarked SUBMARINES which are apparently screwing around underwater with the new pipeline! 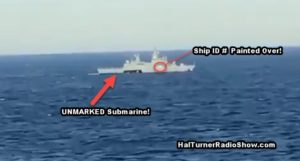 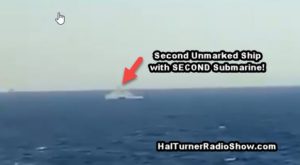 This is outright “Gangster” behavior . . . and it is being perpetrated by who?

Who has naval warship vessels?   Who has Submarines?   This isn’t private industry doing this; it’s one or more GOVERNMENTS doing it.

Oh and what about that Polish fishing vessel that literally RAMMED into the Nordstream pipe-laying ship as shown in the video above.  Clearly it was not an accident.

Who put that fishing vessel up to ramming the Nordstream pipeline ship?

With “The West” attacking Russia gas pipelines in the Baltic Sea, and attacking the vessels laying those pipelines, and the West attacking Russian ally, Syria, in the Middle East (and stealing tens-of-millions of dollars in Syrian oil every month for years in the process) and now the West pushing Ukraine to go to war with Russia, is it any wonder at all why Russia is moving it’s military into a major attack posture?

If you were being attacked, wouldn’t you do something about it too?

These are just SOME of the things actually taking place in the world, being done by GOVERNMENTS.  These governments are doing these things IN OUR NAME.

They are getting themselves into a WAR that they will demand US to fight.

In the meantime, they continue with their shenanigans; and the world inches closer and closer to war.