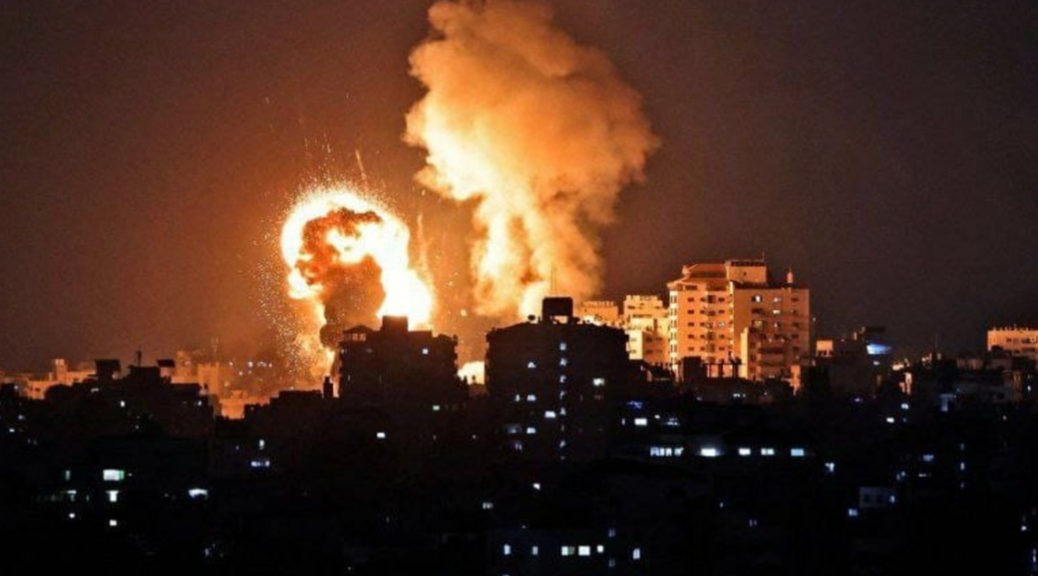 For the first time ever since I have been following this (1982) we are seeing missiles hitting tel Aviv and other targets in Israel.

Hal Turner’s reporting is pretty good and up-to-date so I am posting this for now.

There is A LOT MORE on this and other topics on my Telegram account.

Join me on Telegram HERE 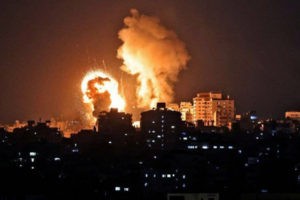 At the writing of this story 12:09 PM EDT – The Israeli Air Force has, within the past 30 minutes, launched a total of eighty (80) military aircraft for strike operations against HAMAS and the Gaza Strip.

Whatever operation Israel has planned, it seems it will be MASSIVE.

Bear in mind that they are using these military aircraft against a CIVILIAN population.   They are not warring against a sovereign power.

More details as they become available. 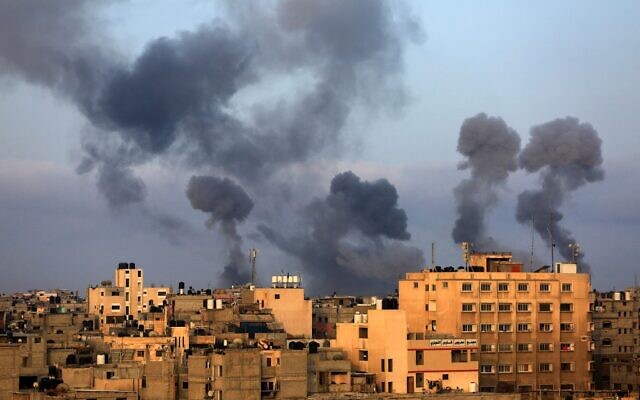 Source directly in Gaza: “East west, south and north of Gaza is all under heavy and massive Israeli airstrikes now. Citizens houses are getting demolished.”

Armored Bulldozers being brought toward Gaza to bulldoze people’s houses: 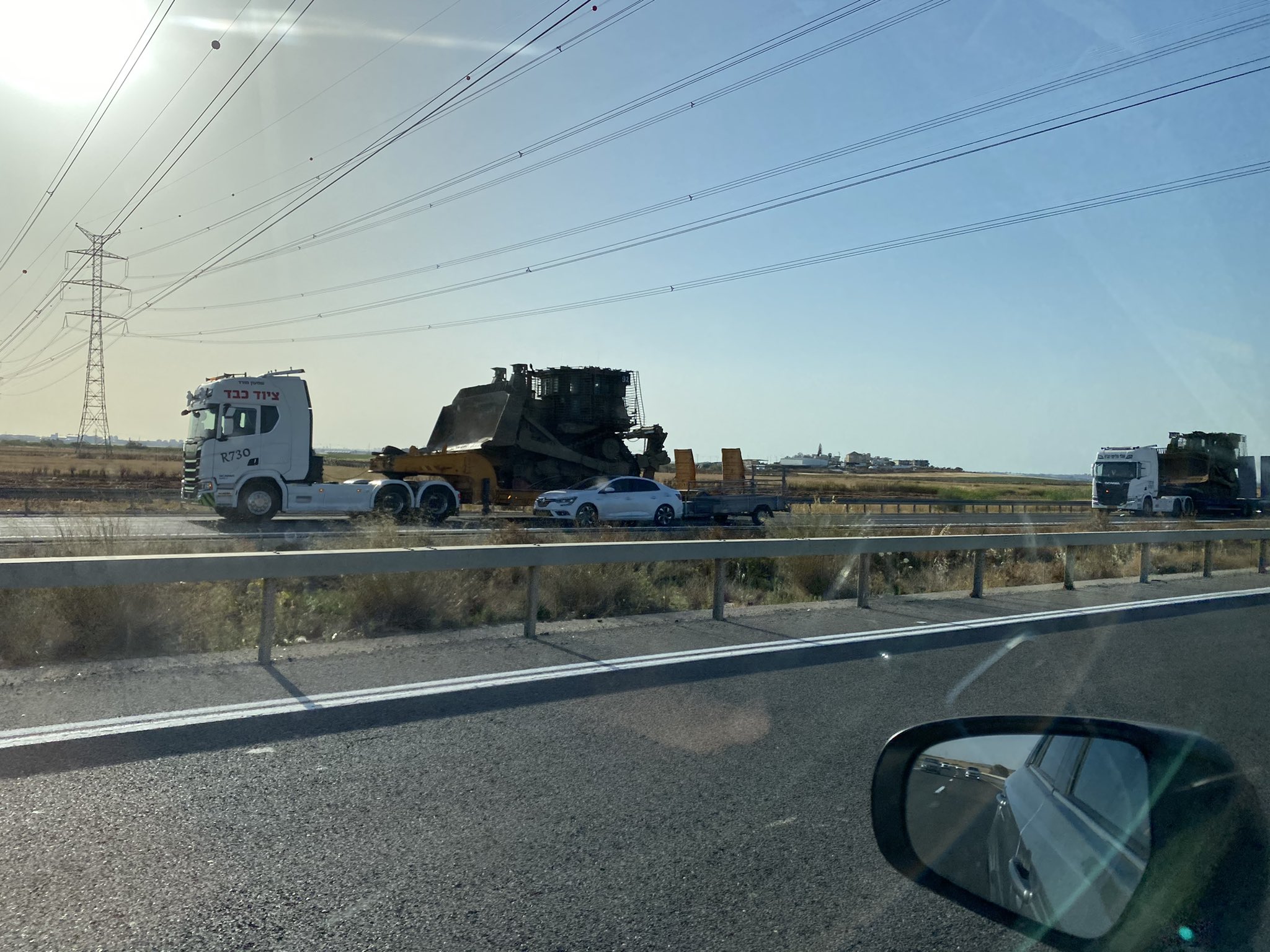 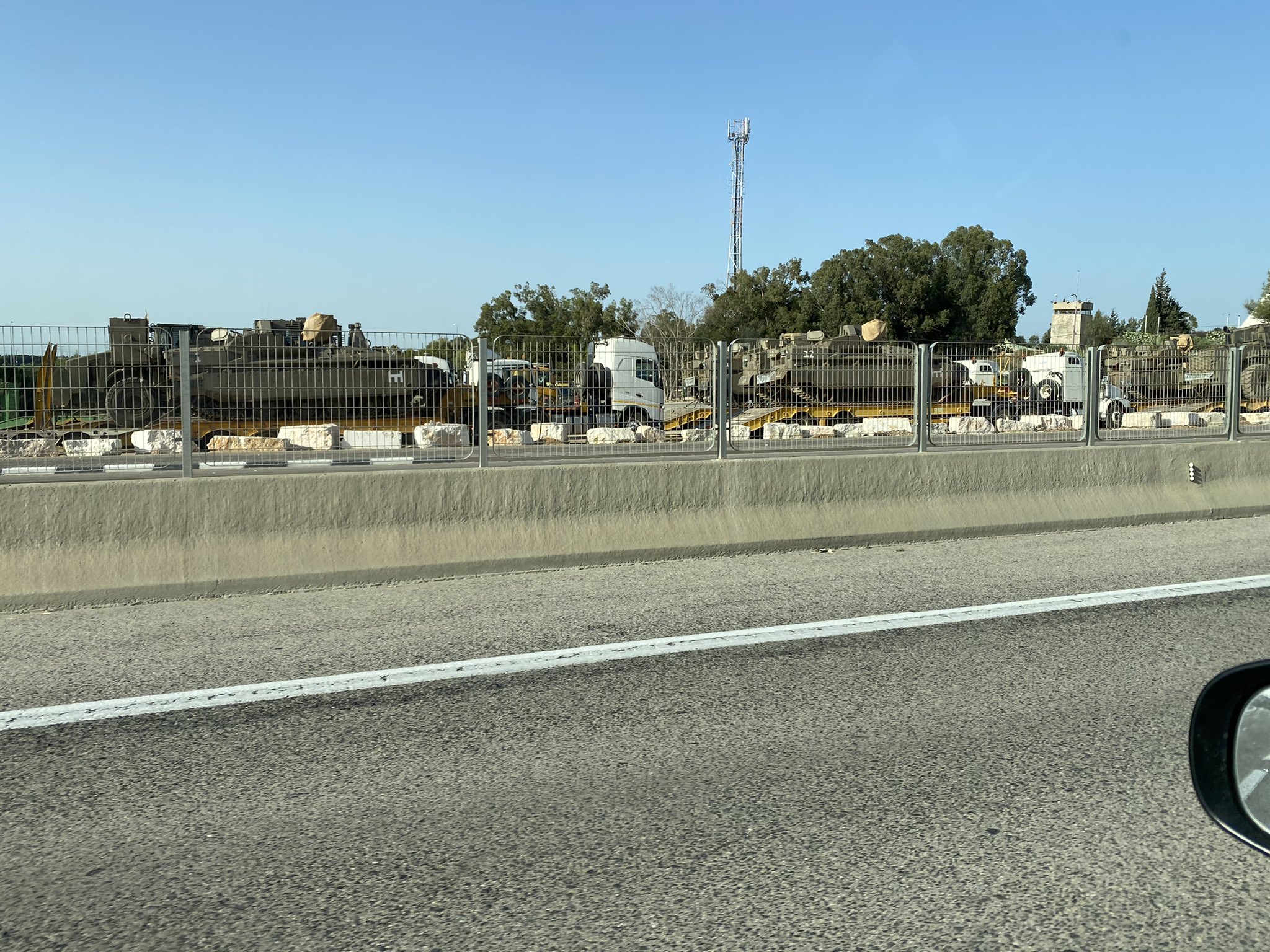 Hamas-run Health Ministry in Gaza says 28 killed, including 10 minors, and 152 wounded from IDF strikes so far.

Jordan: 92 Jordanian lawmakers are calling on the prime minister to cut ties with Israel and expel its ambassador.

Hamas spokesman Abu Obeida threatens Israel : “If the occupation will continue striking buildings and towers in the strip – we will do to Tel Aviv what we did to Ashkelon and Ashdod “

The Hal Turner Radio Show can now CONFIRM, the Israeli Defense Force (IDF) is studying plans for ground offensive against Hamas/PIJ in Gaza.

With the ongoing depletion in number of interceptor missiles of Iron Dome SAM systems, IDF will launch a ground offensive.

Israel just bombed a 13 story apartment building in the Gaza Strip, collapsing the entire building into its own footprint

Then the IDF dropped a “knock knock” on the roof to let them know the building was going to be destroyed.

And then they dropped multiple 500 pound bombs onto the building, destroying it.

Through an air strike with fighter jet aircraft . . .

Here’s that same building from a much easier to see location as it collapses:

(HT REMARK: Can someone please tell me in what version of reality is using a fighter jet to bomb an apartment building — from which no hostilities are being emitted — somehow OK?”)

Earlier today, the Israelis sent a fighter jet to drop a 500 pound bomb on a private house.  They claim the occupant is some high ranking leader in a Palestinian group who was somehow involved in the barrage of rockets coming from Gaza into Israel.  Their claims provide no evidence, no proof.

No arrest. No Indictment. No trial. No evidence. No confronting witnesses.  Just bombed to oblivion.

What kind of tyrannical, maniacal, government does this?

Gaza has launched 130 rockets and missiles in direction of Tel Aviv in retaliation to the Israeli destruction of the residential tower.

This is an unprecedented deterrence Gaza is imposing and a powerful rule of engagement over Israel.

All flights halted at Ben Gurion Airport, according to Israeli media.

Israeli Rocket Alert System now OVERWHELMED.   Notifications to the public are now almost useless there are so many. 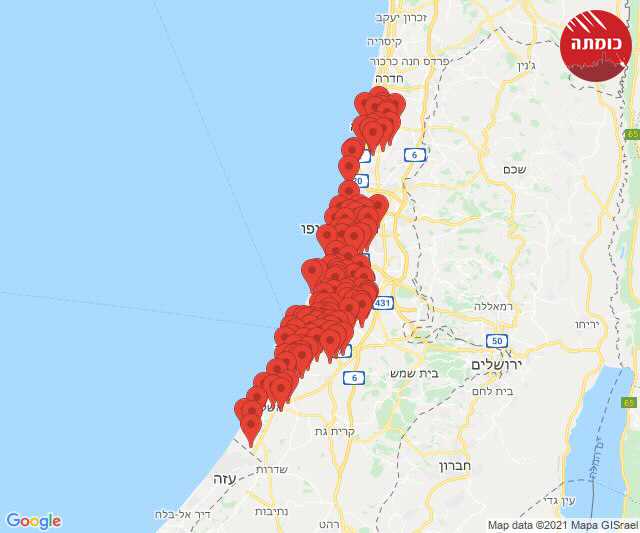 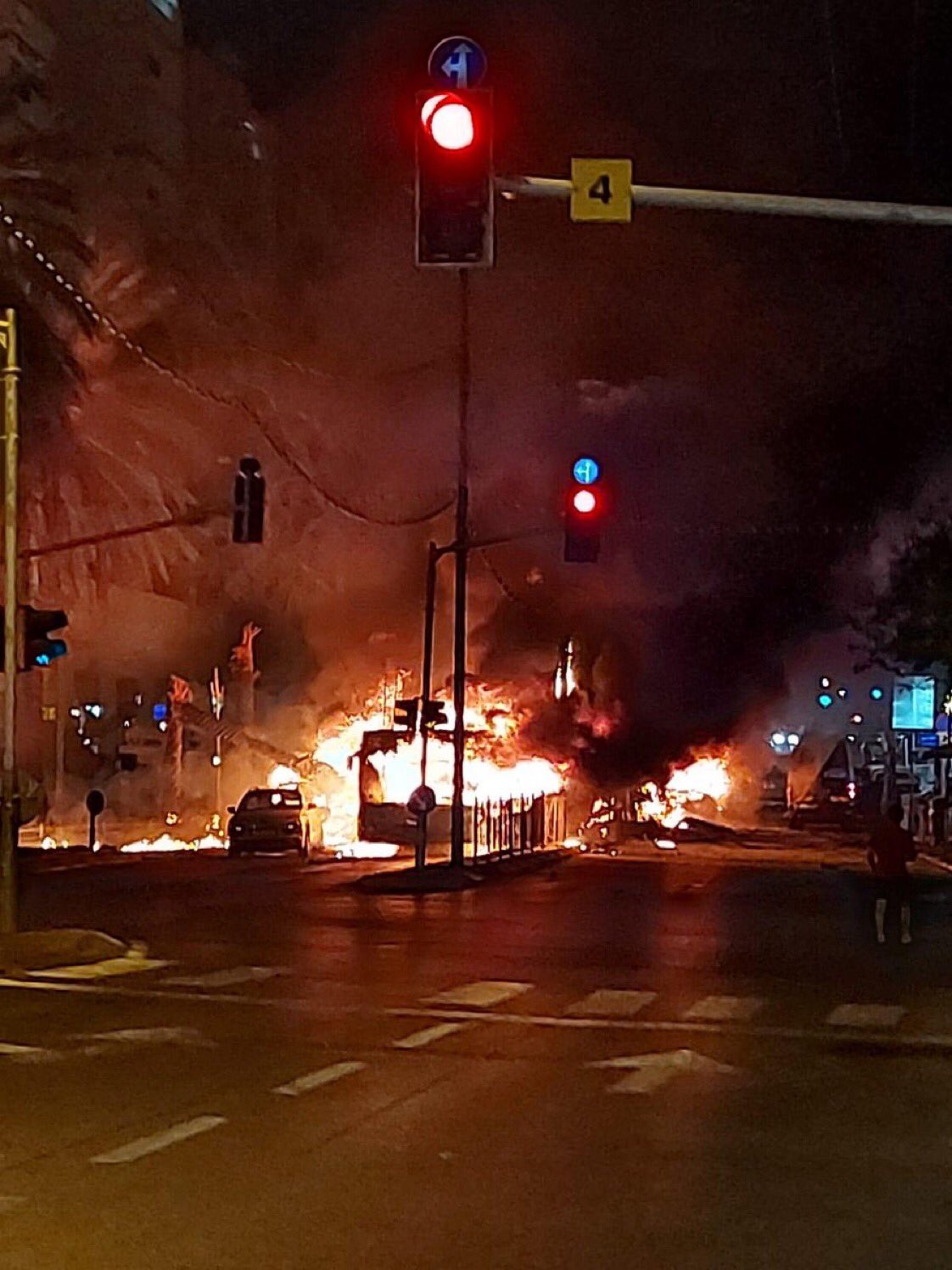 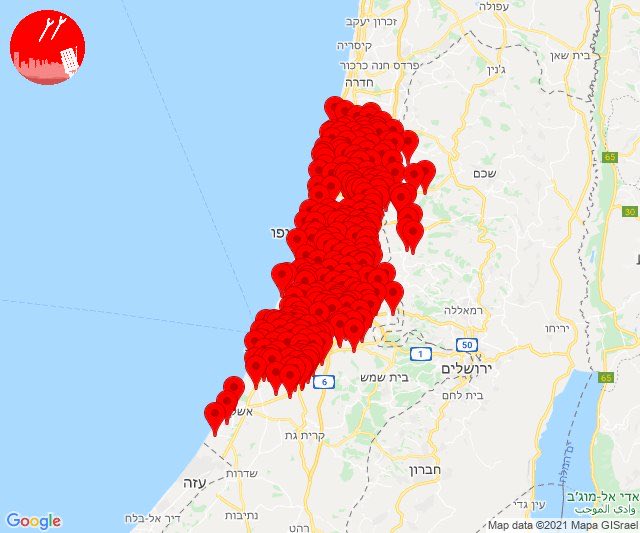 Video from the street in Holon neighborhood of Tel Aviv.  Young Israelis, out very late at night, thought the air raid sirens were funny; they were laughing. . .  Right up to the moment the missile came down their street and detonated.  Then it wasn’t funny anymore.  (Now they know how people in Gaza feel.)

“Tel Aviv will remain under the fire of the resistance if the enemy continues to target residential towers and civilians, Hamas armed wing says”   — Al Jazeera

FROM IDF INSIDER: “At least 50 residential buildings in Gaza are being targeted by IDF”

New barrage of rockets have just been launched from Gaza

**** ISRAEL CANNOT SUSTAIN the present level of Iron Dome interceptor depletion.*****   Severe damage and severe casualties would be incurred by Israel once Iron Dome is fully expended.  Ground offensive into Gaza now REQUIRED or else Israel may have to sue for peace!  That would change the entire dynamic of the entire Middle East in one moment.  A price Israel cannot afford.   Ground offensive may have to “level all of Gaza.”

Mossad informs IDF that if Gaza gets levelled, entire Arab World will declare war upon Israel.   IDF replies, “Then you ask for peace from Gaza because we in the military cannot.”

DOZENS OF HIGH RISE TOWERS IN GAZA RECEIVE NOTICES TO EVACUATE IMMEDIATELY FOLLOWING THE MASSIVE ROCKET BARRAGE TOWARDS TEL AVIV.   ***ALL*** OF THOSE DOZENS OF APARTMENT BUILDINGS ***ARE*** GOING TO BE BOMBED WITHIN MINUTES.

All schools in Israel to be closed tomorrow

Israel has cut off all electrical power to the entire Gaza Strip.

Ben Gurion airport is CLOSED AND EVACUATED.  All planes diverted to other countries.

Reports 2 dead and 26 injured some of them badly in Tel Aviv.

From Seth in Jerusalem: “We can hear large booms in southern Jerusalem, it’s not clear what they care coming from, sounds like clashes near Beit Jala maybe, Bethlehem, seems like something happening.”

Netanyahu: We will continue the attack on Gaza with full force

Defense Minister Gantz: “Towers will continue to crumble. There are a lot of targets in line, this is just the beginning.”

IDF Chief Kochavi: “Hamas will pay a price, heavier than they ever have before.”

Arabs shoot from a moving car on the streets of Israel and upload it to their social media. This video is from the city of Beer-Sheva.

And while the Arabs over there seem to be losing their minds, so seem the Israelis.

Look at what the Israelis have started doing:

Report of clashes at the Temple Mount

Youtube has taken down/is taking down, any live feeds from Gaza or Tel Aviv.  What is _actually_ taking place cannot be reported by anyone but “official” sources so they can control the narrative.  Apparently, to corporate America, you cannot be allowed to discern for yourself . . .

Mayor of Lod, Israel “We have completely lost control of the city, and the streets are witnessing a civil war between Arabs and Jews. I call on Netanyahu to enter the army to regain control.”

Mayor of Lod: We are witnessing “Kristallnacht of Lod”

Elsewhere in Israel, extreme and violent civil unrest is breaking out.  Bear in mind, Israel is seven (7) hours ahead of teh US East coast.  as this update is written at 5:15 PM eastern US time, it is a little after midnight over there, and things are just getting worse.  Look:

Rioters are setting fire to cars and buildings in the Israeli city of Rahat, Israel, adding that city to others whoere rioting and extreme civil unrest has broken out.

Mayor of Lod: We are witnessing “Kristallnacht of Lod”

Elsewhere in Israel, extreme and violent civil unrest is breaking out.  Bear in mind, Israel is seven (7) hours ahead of the US East coast.  as this update is written at 5:15 PM eastern US time, it is a little after midnight over there, and things are just getting worse.  Look:

Rioters are setting fire to cars and buildings in the Israeli city of Rahat, Israel, adding that city to others whoere rioting and extreme civil unrest has broken out. 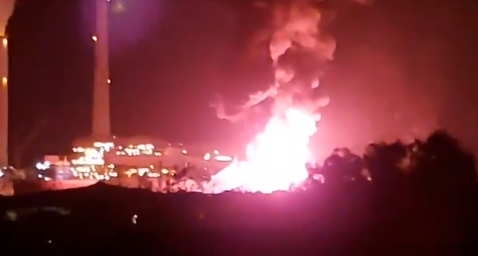 Considering similar declarations in other cities!

Here’s a map for reference:

(HT Remark: Please carefully note the choice of words by Israel) “Netanyahu travelling to Lod to preside over recapture of city from Palestinians”

This video just in from Hebron, Israel:

For the first time since 1966, a state of emergency has been declared in THE ENTIRE state of Israel, for security reasons.