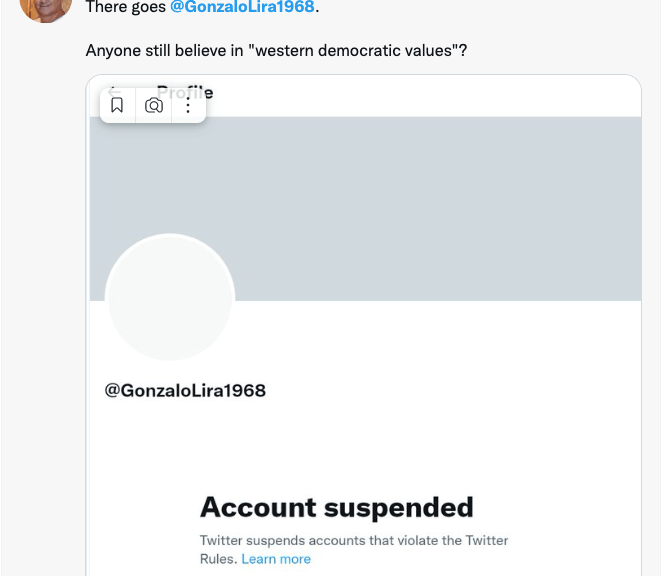 Back in April I was one of the first to raise the alarm about Gonzalo Lira who went missing for several days but turned up again after being kidnapped by the SBU.

Since the weekend when the lights went out in Kharkov I have been concerned about his welfare (after all, they are rounding up “collaborators” in Ukraine).

I could not see any signs of life on social media but put that down to blackouts etc. in Kharkov. However, yesterday, when I went looking I found this: 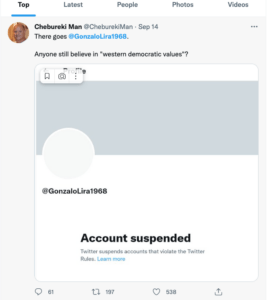 His account has vaporised. I looked at his Telegram account where he posted mostly nonsense pieces and indeed there was something recent. 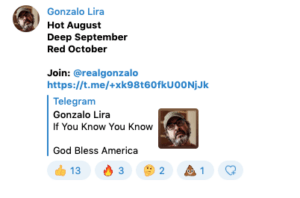 However, it COULD be him or it could be someone posting on his account.

The last I saw of Gonzalo was on 7 September when he recorded this, with Pepe Escobar and Andrei Martyanov.

The Ukrainian authorities have left him alone since April but I am concerned that neither they nor their western government supporters and social media, want any truth bombs going off.

There was a period, while Elon Musk was negotiating a purchase of the company when things seemed to free up a little.

As of today all of the people I follow are shadow banned and all that appears are news items from western media sources.

We are headed rapidly into the Dark andI fear it is going to be worse, much worse, this time.

One thought on “Where is Gonzalo Lira?”