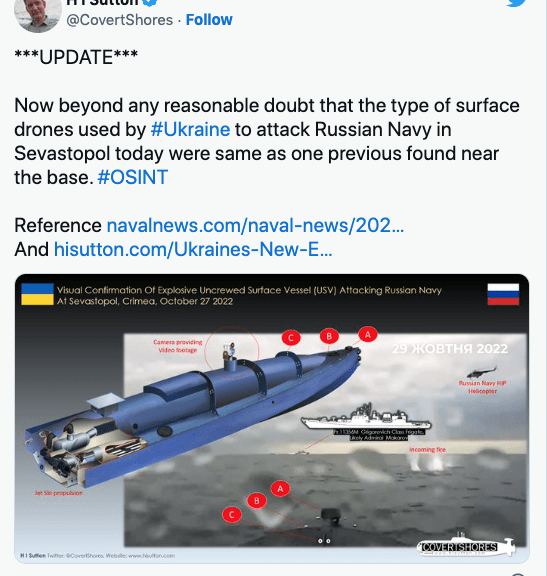 Tuesday is election day in the USA. A Republican tsunami wave is expected to sweep lots of Democrats from public offices – from the US Senate to city council seats. Doc and Rick will be in New York City Tuesday night in preparation for our first Holy Land tour of Jordan. A large group of TruNews supporters will meet the team at JFK Airport on Wednesday morning. And a Category 1 hurricane will arrive in Vero Beach Wednesday night. Unbelievable! A hurricane in November.

Joe Biden was involved in his son Hunter’s foreign business deals while he was Vice President, a new whistleblower with direct knowledge claims. The whistleblower has identified themselves to Senate investigators but asked to remain anonymous for fear of reprisals.

EXCLUSIVE: ‘Joe was centered on the returns in the family coffers.’ Whistleblower claims Hunter and then-VP Biden were part of a group call to discuss online gambling venture in Latin America – the president talking like he was chairman of the board

Foxconn has locked down the iPhone factory due to China’s draconian zero-COVID policy, impacting 200,000 people. These COVID “emergency” powers are just the first steps in their plan for total population control.

Russia has accused the UK of Nord Stream explosions in September this year, claiming the specialists from the British Royal Navy helped the Ukrainian military blow up the Nord Stream gas pipelines.

“According to available information, representatives of this unit of the British Navy took part in the planning, provision, and implementation of a terrorist attack in the Baltic Sea on September 26 this year – blowing up the Nord Stream 1 and Nord Stream 2 gas pipelines,” the Russian Ministry of Defense said in a statement on October 29.

Russia and the US-led Western countries have been pointing fingers at each other over the explosions of the Nord Stream 1 and 2 pipelines in the Baltic Sea that carry gas from Russia to Europe.

As EurAsian Times reported earlier, NATO countries led by the US claim that Russia could have been behind the explosions, but they have refrained from making any official remark.

The cause was “apparent sabotage,” said Jake Sullivan, America’s national security adviser. It was “deliberate, reckless, and irresponsible,” declared NATO.

Even Sweden, under whose economic zone the explosions took place, after concluding its investigations of the incident, only stated its “suspicions of gross sabotage” without naming any country for sabotage.

Now Moscow has squarely accused the UK of blowing up the gas pipelines by alleging the involvement of British Navy Specialists in the “planning, provision and implementation” of the attack.

The UK, on its part, denied the accusations leveled by Russia, saying they were designed as a distraction from Russia’s military failures in Ukraine.

“To detract from their disastrous handling of the illegal invasion of Ukraine, the Russian Ministry of Defence is resorting to peddling false claims of an epic scale,” it said. “This invented story says more about arguments going on inside the Russian government than it does about the West,” the UK Ministry of Defense said.

Russia’s accusations were a part of its official statement relating to a massive drone attack carried out by Ukraine on the Black Sea Fleet in the Crimean port city of Sevastopol, damaging at least two Russian warships.

According to the Russian defense ministry, 16 drones were involved in the Sevastapol attack, including nine unmanned aerial vehicles (UAV) and seven autonomous maritime drones.

The governor of Sevastopol, Mikhail Razvozhaev, said that the attack on Sevastopol and the Black Sea Fleet was the biggest since the beginning of the Russian special military operation in Ukraine.

The Russian Ministry said that the British specialists from the same unit involved in Nord Stream gas explosions also directed Ukrainian drone attacks on ships of the Russian Black Sea fleet in Crimea earlier on October 29.

“The preparation of this terrorist act and the training of military personnel of the Ukrainian 73rd Special Center for Maritime Operations were carried out under the guidance of British specialists located in the city of Ochakiv, Mykolaiv region of Ukraine,” the Russian Defense Ministry said.

The Russian Ministry claimed to have destroyed all nine UAVs and seven unmanned marine vehicles and reported minor damage to Ivan Golubets minesweeper of the Black Sea Fleet.

In addition to the Ivan Golubets minesweeper, OSINT reports based on the videos of the attack suggest the Ukrainian Unmanned Surface Vehicle (USV) filled with explosives also managed to hit a Project 11356R frigate (presumably Admiral Makarov).

In one of the videos filmed by a camera onboard the USV, the USV can be seen fired upon by Russian warships, motor boats, and even helicopters.

In another video, a Russian military helicopter can be seen flying overhead the USV, which explodes later.

The US military aid package for Ukraine announced in April included unmanned coastal defense vessels. Pentagon Press Secretary John Kirby said during a press briefing on April 13 that the USVs “can be used for various purposes in coastal defense” without providing additional details.

The first evidence of the Ukrainian military using USVs in the war emerged in September when photos of a previously unknown USV began doing the rounds on social media. The USV was reportedly found on a beach close to Sevastopol, and the Russian authorities claimed to have destroyed it.

At the time, EurAsian Times discussed how such explosive-laden USVs could enable the Ukrainian military to attack Russian warships outside the range of ground-launched anti-ship missiles such as the homegrown Neptune or the US-made Harpoon, as well as targets in highly secure port areas such as Sevastopol.

According to the noted Naval Analyst H.I. Sutton, the type of USVs used by Ukraine for the attack on October 29 were the same as the one found in September near Sevastopol.

According to the Russian Defense Ministry, the ships targeted in the latest drone attack ensured the security of the “grain corridor” as part of the international initiative to export agricultural products from Ukrainian ports.