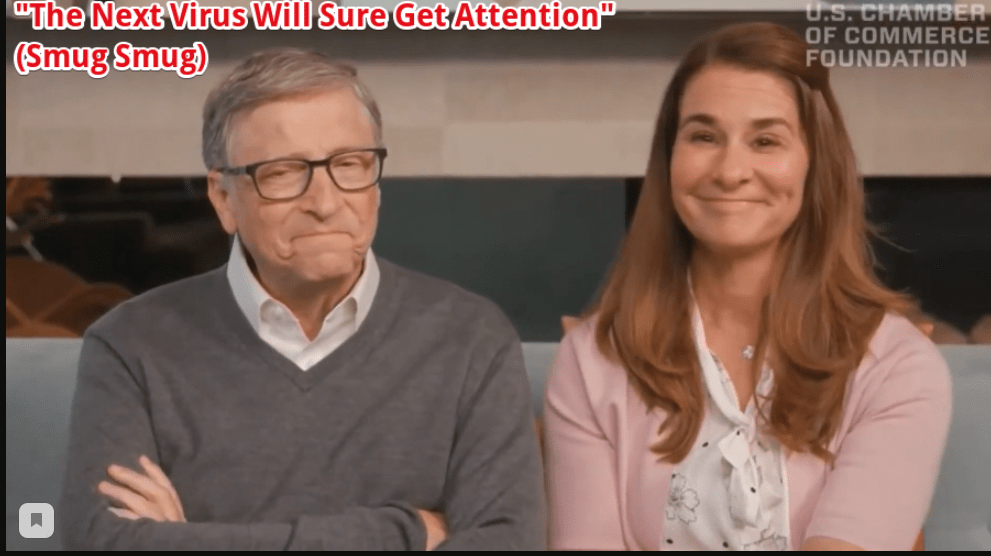 A deadly cousin of Ebola, Marburg can kill nine out of ten people it infects, and international travel has taken it from Africa to Europe twice in the past 40 years. Will increasing globalisation make this virus more likely to erupt around the world?

In August 1967, a cluster of patients in Marburg and Frankfurt, in Germany, and in Belgrade (then Yugoslavia, now Serbia), began showing symptoms of an infectious disease – a high fever, chills, muscle ache, and vomiting. The patients worsened over the next few days, until they began bleeding from every orifice in their body, including needle puncture wounds. In total 31 people died.

Three months after this outbreak, virologists in Marburg had discovered the first filovirus, a cousin of the equally-deadly Ebola virus. The virus had been carried by infected African green monkeys from Uganda.

Avoiding handling or eating bush meat is also critical to avoid any potential infection that could spread from animals.

After this first sighting, the virus was then mostly seen in African countries, in bat-infested caves or mines. About 40 years later, however, the virus re-emerged in Europe through a traveler returning to the Netherlands from a trip to Uganda where she had been visiting caves.

The largest known outbreak of Marburg virus, in Angola in 2004, infected over 250 people and had a 90 percent fatality rate.

Marburg virus can persist in the eyes and testes of people who have recovered, and in pregnant women it can persist in the placenta and amniotic fluid as well as breast milk. This can be extremely dangerous. In early 2021, there were reports that Ebola, closely related to Marburg, could lay dormant in people only to emerge many months after an epidemic had ended, triggering another outbreak.

Where is it circulating? Most outbreaks have been in Africa, with cases reported in Angola, the Democratic Republic of the Congo, Kenya, South Africa, Uganda and Zimbabwe. However, there have been outbreaks in Europe and the USA.

Pandemic threat: As Marburg virus can spread from human to human through contact of bodily fluids, much like Ebola. As outbreaks in Europe and the US have already shown, increasing globalisation and international travel mean that the risk for global spread is high, especially when the incubation period could be up to three weeks. This could be disastrous given its high death rate.

How is it spread? The Egyptian rousette fruit bats often harbour the virus. African green monkeys have in the past spread the virus to people in Uganda, but pigs can also become infected and can be a source of infection. Marburg virus is spread through direct contact (through broken skin or mucous membranes) with the blood, secretions, organs or other bodily fluids of infected people, and also through any materials such as bedding, that have been contaminated with the infected fluids. As a result, health workers have often become infected by treating patients with Marburg virus. Burial ceremonies in which people have direct contact with the body can also drive the spread of the virus.

Case fatality rate: Marburg is one of the deadliest viruses we know of, killing as many as 88% people it infects.

Incubation period: The incubation varies from as short as two days to up to 21 days, though some studies have suggested the virus can incubate for as long as 26 days.

Symptoms: Marburg virus begins with a fever, severe headache and muscle pains. This is often followed by watery diarrhoea, stomach pain, nausea and vomiting, accompanied by extreme exhaustion and lethargy. Many people go on to develop severe viral haemorrhagic fever, and in severe cases have blood in their vomit and faeces, and may bleed from their nose, gums and vagina. The onslaught of the virus is so extreme that most people die 8-9 days after infection, often because of extreme loss of blood.

Diagnosis: Marburg can be difficult to distinguish clinically from other diseases, such as malaria, typhoid fever, meningitis and other viral haemorrhagic fevers. Diagnosis can be confirmed using techniques that detect the presence of immune response to the virus, such as antibody-capture enzyme-linked immunosorbent assay (ELISA), or the presence of virus in people presenting with symptoms, via antigen-capture detection tests, reverse transcriptase polymerase chain reaction (RT-PCR) assay, or virus isolation by cell culture. However, often none of these diagnostic tools are available in the countries with highest risk of Marburg outbreaks. In addition to having the diagnostic tests available, countries need to have laboratories that can ensure maximum biological containment conditions due to the fact that the samples are an extreme biohazard risk.

Are there vaccines or treatments, or ongoing R&D?

There are currently no specific therapeutics for Marburg virus. However, supportive care including rehydration with oral or intravenous fluids can improve survival. This can mean maintaining oxygen status and blood pressure, replacing lost blood and clotting factors, and treating any complicating infections. Potential treatments, including blood products, immune therapies and drug therapies, are currently being assessed. Marburg virus vaccine candidates are being investigated, and in 2019, for example, IAVI (the International AIDS Vaccine Initiative) began researching a recombinant vesicular stomatitis virus (VSV) vector Marburg virus vaccine candidate, called rVSVΔG-MARV-GP. Another vaccine candidate MVA-BN Filo containing both Marburg and Ebola virus antigens could potentially protect against both haemorrhagic viruses. It is currently in phase 3 trials, and seems to trigger good immunity against the Ebola Zaire strain but it has not yet been tested against Marburg virus.

HOW COULD WE LOWER THE RISK OF IT BECOMING A PANDEMIC?

Since Marburg virus can spread between people, extremely stringent infection control measures are needed to avoid people being in any contact with each other, to ensure any laboratory samples are disposed of carefully, and to ensure safe burial procedures. Avoiding handling or eating bush meat is also critical to avoid any potential infection that could spread from animals. International travel is a major risk factor for the spread of Marburg virus beyond Africa and rapid diagnostics to ensure that cases are picked up before people carry the virus to other countries will be important.

While it would now appear from Mainstream Media’s propaganda and the relaxation of some of the draconian restrictions on freedom, that the war on the COVID pandemic war is being won, however I believe that this is a ruse, reinforcement part of a larger PSYCOPS to complete an ongoing Eugenics agenda. Features of the COVID-19 pandemic are very worrying as follows: –

During my research into the false claims of excess deaths caused by COVID-19 and the pseudo-sciences which supports it, I have stumbled over some very worrying developments which I will summarise due to the urgency I feel to highlight them to the public as follows: –

The fabrication of the COVID-19 pandemic and its apparent failure leads me to believe that there is a second phase or final solution at hand to catch the public while they are off-guard. Haemorrhagic fever symptoms can be easily increased and made more visible by forcing COVID booster injections on vulnerable, COVID injection injured patients, who are now prisoners in hospitals and nursing homes, plus injecting children. The haemorrhagic fever symptoms would appear as a huge Marburg pandemic and could be confirmed by the new Marburg PCR test causing mass hysteria like the world has never seen. RiVax could be quickly deployed using the existing COVID injection infrastructure and the public would be easily convinced to take it using PSYCOPS on Mainstream Media. The toxic ricin in the RiVax would kill billions of people very quickly and effectively before they realised what was happening as the deaths would be attributed to Marburg haemorrhagic fever based on the symptoms. People who refused the RiVax could be labelled as asymptomatic spreaders and placed in camps like they are doing in Australia claimed to be a COVID protection measure.

If you read my previous two COVID articles you will have seen that I began this journey in early 2020 as a vaccine hesitant person. As a result of my recent study of Virology and Immunology in an attempt to understand the SARS‑CoV‑2 virus, my previously held beliefs in the theories being peddled by official science and medicine has been completely upended.

I now understand that Louis Pasture fabricated his Germ Theory of Disease in the 1850’s stating that invisible microorganisms known as pathogens or “germs” lead to disease. Pastures ideas on Viruses were concocted upon similar theories going back to Ancient Greece and Rome, more like a developing religion or cult rather than real scientific discovery.

I now believe that the theory developed by Antoine Bechamp (Pasteur bitter rival) Terrain Theory which states that microorganisms (germs) feed upon the poisonous material which they find in the sick organism and prepare it for excretion, much more similar to the natural immune response which we know to be true. However, Terrain Theory has been actively blocked due to a bias for the Germ Theory by Big Pharma due to its immense profitability.

The practice of Variolation dated back to the 16th century in China and is the precursor of the first Vaccine invented for smallpox in 1796 by English physician Edward Jenner. I have discovered that the widespread use of vaccines has killed far more people than they have saved.

A bookkeeper, John D. Rockefeller who made his fortune in the oil business was the first philanthropist and his foundations pioneered developments in medical research. The Rockefeller Institute for Medical Research founded in 1901, was in the forefront of research in virology and principal investigator Louis O. Kunkel had researched the biology and pathology of the mosaic virus diseases. Beginning in 1930, the Rockefeller Foundation provided financial support to the Kaiser Wilhelm Institute of Anthropology, Human Heredity, and Eugenics, which later inspired and conducted eugenics experiments in the Third Reich. The Rockefeller empire in tandem with Chase Manhattan Bank (now JP Morgan Chase), owns over half of the pharmaceutical interests in the United States today. No alternative approach to the Germ Theory in virology, immunology or medicine including the increasing use of vaccines, has been possible due to the indoctrination of the sciences by the most powerful and wealthy industry in the world. Banking and Big Pharma who now control Mainstream Media and all medical and scientific institutions.

Please do your own research, quickly, use your critical thinking and let us unite to stop this madness. I believe the Marburg-RiVax final solution could be deployed suddenly while we are relaxing after the worst of COVID and distracted by the now daily revelations on Mainstream Media regarding the Government fraud and public health mismanagement which created the COVID emergency.

Not only could haemorrhagic fever symptoms be caused by the currently deployed COVID gene therapy injections but health departments are frantically pushing the HPV vaccine for girls and boys, this vaccine and even the MMR vaccine could be deliberately contaminated with nanoparticles of Graphene Oxide or other adjuncts which cause clots and bleeds, the haemorrhagic fever symptoms of Marburg.

We must stop all vaccinations immediately and destroy all stockpiles of vaccines and the pharmaceutical manufacturing plants which make the.