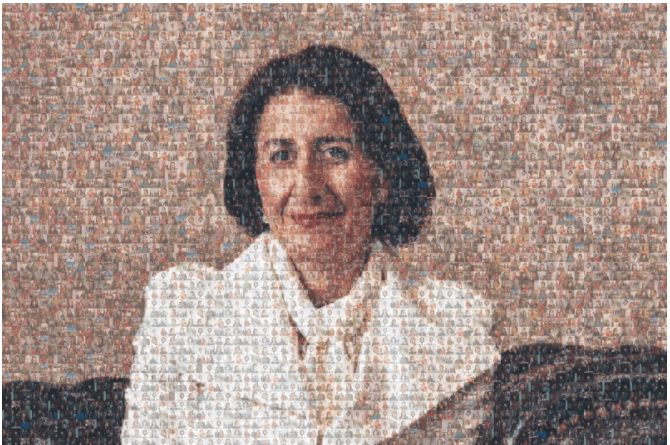 But there is more than meets the eye

This came through on the twittersphere 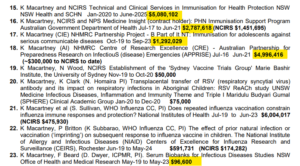 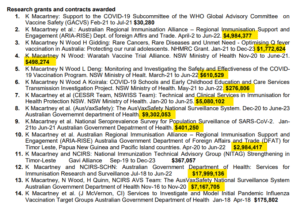 Nexus
Craig Kelly, who led the charge for proven non-vaccine treatments for COVID-19. Corrupt mainstream political parties, the media and the TGA have been lying to Australians about Ivermectin and hydroxychloroquine that are in widespread use, worldwide against COVID-19.By TONY MOBILIFONITIS
CLIVE Palmer has exposed the corrupt role of big pharma companies Pfizer and AstraZeneca behind Gladys Berejiklian’s frantic push for vaccines in NSW.In a press conference on Tuesday Palmer dropped a bomb on the NSW Liberals and the corrupt role of a political lobbyist being paid tens of millions of dollars by Pfizer and Astra Zeneca. The same lobbyist, says Palmer, controls the Liberal Party in Sydney and is using the threat of the Independent Commission Against Corruption’s (ICAC) inquiries into Gladys Berejiklian to pull her strings and push the vaccines.Media and mainstream parties are in a panic, trying to cover up the mounting scandal by attacking Palmer, whose United Australia Party is about to become the biggest political party in Australia by membership.

Palmer also accused the head of the TGA Prof. John Skerrit, as the chief regulator of drugs in Australia, of being in a “serious conflict of interest” by going on television in a white coat promoting vaccines threatening media owners with withdrawal of advertising if they published stories contrary to government vaccine policy.

Palmer dropped the bomb when a jabbering journalist tried to push the NSW government’s lies about 1600 “cases” and that people really were dying from COVID-19 and the only way out for locked-down small businesses in NSW was for most of the population to get a double jab. “They can’t open their businesses because the premier’s telling them the only way out is a double jab and that’s what they’re being told,” said the journo.

“I’d say the premier is lying to them,” Palmer shot back. “And I’d say that she’s under an ICAC inquiry, but a particular lobbyist in Sydney controls the Liberal Party in Sydney and told her the only way she gets out of that inquiry is if she pushes the double jab, and his clients are Astra Zeneca and his clients are Pfizer.”

At that point the upstart journo butts in again, repeating the nonsense that the only way out for the business owners is the double jab. Palmer’s very newsworthy allegation of high-level corruption was too much for the lame-brained scribbler to take in, apparently.

Palmer came back, again trying to answer the question. “That’s what I’d tell them (the business owners) and that what the premier’s saying is not true and … that they shouldn’t be locked down, businesses should be open and the government’s using this as an excuse to destroy them and they know that.”

Palmer’s reference to the big plan behind COVID-19 triggered the journo again. “You think that the Premier of NSW wants to destroy businesses?” “I do,” said Palmer. “Why would she want to do that. It’s her economy!” he countered.

“Because as I tried to explain to you, she’s being directed by a lobbyist in Sydney who’s being paid by Astra Zeneca and by Pfizer tens of millions of dollars to get these policies through, to make sure these vaccines are pushed. That’s why. You asked the question and that’s my personal knowledge and I’m happy to make the statement here to the police or anyone who want to know what’s going on … I’ll be doing that. They’ll be named.”

Palmer went on to remind the journo that United Australia Party is about to become the biggest political party in Australia, with some 46,000 people recently joining, including 20,000 from western Sydney.

He told the media conference earlier that he and the UAP leader Craig Kelly welcomed a bizarre threat by the head of the TGA, Prof. John Skerrit, to lay criminal charges against them for exposing the 483 post-vaccination deaths reported by the TGA. Cairns News believe the figure is now at least double that.

“It’s an extraordinary situation where you’ve got a member of the Australian House of Representatives being attacked for doing nothing more than circulating a government report. First of all United Australia Party Welcomes any legal action against Mr Kelly and we look forward to it as an opportunity when John Skerrit himself can be subpoenaed and be asked the question about the 483 Australians who died after having the vaccine and be asked to say to the court and the Australian people what were their causes of death and what did the TGA do to investigate that, and why is it justified to continue the roll out?

“Secondly, we can ask Mr Skerrit on oath about the 46,000 adverse (event) reports that his office has received, about what he’s done about it and thirdly we can raise the question about how he threatened media owners with cancellation of advertising if journalists wrote anything about a contrary view of the government and his attack on freedom of speech.”

Palmer said Health Minister Greg Hunt would also be subpoenaed over his role in the vaccine roll-out. He said Craig Kelly had nothing to fear for publishing a government document.

3 thoughts on “Why did Gladys Berejikian really resign?”