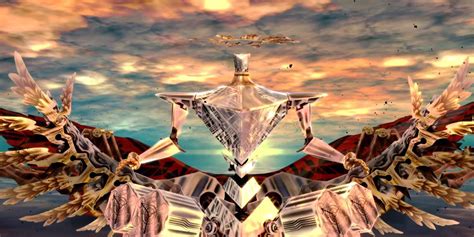 I have been reading David Icke’s book, the Trap . I found this passage which reminds what it is that keeps me awake at night.

Disconnection of human-focused attention from 5-D awareness is the very bottom line of everything the Yaldabaoth Cult does and it is no surprise whatsoever that healers working with human energetic fields, known by many as ‘subtle bodies’, have found dramatic changes in fake vaccinated people.

Many examples are given in an e-book by Thomas Mayer, Corona Vaccines from the Spiritual Perspective. Consequences on Soul and Spirit, and the Life after Death. . Healers of this kind either psychically see or feel with their hands these other human energetic fields and have described disconnected devastation with fake vaccinated clients. The heart chakra vortex – the door to Infinity – is often closed down. Suppression and distortion of the ‘spiritual’ heart can be transferred to the ‘physical’ heart which is why heart disease has long been a human epidemic, nay pandemic, through stress and low vibrational emotion.
Here are some examples of what healers have experienced:
I noticed immediately the change, very heavy energy emanating from [the] subtle bodies … The scariest thing was when I was working on the heart chakra, I connected with her soul: it was detached from the physical body … as if it was floating in a state of total confusion … I understood that this substance is indeed used to detach consciousness so that this consciousness can no longer interact through this body that it possesses in life … where there is no longer any contact, no frequency, no light, no more energetic balance or mind … It is shattering! Patients who have been coming for many years, for whom eurythmy therapy has always been a decisive help, suddenly can no longer feel … holding the head with both hands repeated the perception of holding a completely hollow, empty head … …

The etheric brain and the pineal gland felt like dried up and shrivelled … otherwise perceptible surficial craniosacral rhythm was not perceptible … With none of my other clients, after more than 20 years of experience, have I ever had such experiences … I am deeply shocked by what these vaccinations do to people, without them noticing anything … I had the feeling that there was a dark being ontop of her, inhibiting all functions. Stagnation and rigidity. The tissue was as if held, could not breathe and could not move, was no longer able to pulsate … With one patient I had the experience of massaging a ‘corpse’ … There are visible changes in the face. The gaze often becomes rigid, the contours firmer or the people get a rather turgid face … The face becomes like a mask, transformed … …

That which wants to shine through is missing … old weaknesses and symptoms, which were already improved, reappear on all levels due to vaccination … pain, joint blockages, muscle cramps and stiffness (for example in Parkinson’s disease), hardening of the spine, tinnitus  abilities acquired over many months and years through the work of the ‘I’ are once again pushed into the background … old, basic fears, illusions, rigid ideas and patterns, etc., reappear suddenly … In some this went as far as clearly perceptible (temporary?) changes in their core being … I often feel alone in my work now. I know these clients well, but somehow, they are no longer there … In the aftermath of a session, I no longer feel the person, even though they were physically there …

Perhaps people will now grasp why the Cult has sought to fake vaccinate every man, woman, and child for a ‘virus’ – even if you believe in it – that official data shows ‘threatens’ only a tiny number compared with other conditions.

The fake vaccines are a form of possession. Some may have been fortunate to be given the saline solution contained in many vials to prevent too many deaths at the same time that would be impossible to cover-up.
The idea is to keep the fake vaccines coming until everyone bags a bad one. Austrian esoteric thinker and philosopher Rudolf Steiner (1861-1925), who established Steiner schools or Waldorf education to challenge state-school programming, described a vaccine a hundred years ago he said was coming that would disconnect humans from their soul (and through that their spirit). 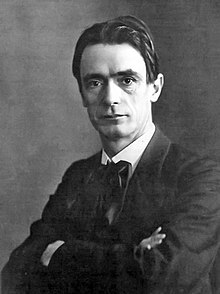 He said in 1917:
‘People will be inoculated against their disposition towards spiritual ideas … The materialistic physicians will be entrusted with the task of expelling the souls from mankind.’
Steiner said the following with such relevance to today:
In the future, we will eliminate the soul with medicine. Under the pretext of a ‘healthy point of view’, there will be a vaccine by which the human body will be treated as soon as possible directly at birth, so that the human being cannot develop the thought of the existence of soul and Spirit.
To materialistic doctors, will be entrusted the task of removing the soul of humanity. As today, people are vaccinated against this disease or that disease, so in the future, children will be vaccinated with a substance that can be produced precisely in such a way that people, thanks to this vaccination, will be immune to being subjected to the ‘madness’ of spiritual life.

He would be extremely smart, but he would not develop a conscience, and that is the true goal of some materialistic circles.

This is precisely what the energy healers describe with the fake ‘Covid’ vaccine. Another benefit of attaching to ‘human’ minds (Fourth Dimensional mind) via the fake vaccine, and other means, is that Yaldabaoth consciousness can then vampire the frequencies of fear, anxiety, depression, hatred, resentment, and regret which it uses as an energy source. Steiner was aware of this, too:

There are beings in the spiritual realms for whom anxiety and fear emanating from human beings offer welcome food. When humans have no anxiety and fear, then these creatures starve. If fear and anxiety radiates from people and they break out in panic, then these creatures find welcome nutrition and they become more and more powerful. These beings are hostile towards humanity. Everything that feeds on negative feelings, on anxiety, fear and superstition, despair or doubt, are in reality hostile forces in super-sensible worlds, launching cruel attacks on human beings, while they are being fed …

…These are exactly the feelings that belong to contemporary culture and materialism; because it estranges people from the spiritual world, it is especially suited to evoke hopelessness and fear of the unknown in people, thereby calling up the above mentioned hostile forces against them.
Why do they need our energy? To be ‘cast out’ from Infinite Reality is to be denied access to the energy and limitless creativity and possibility of Infinite Reality. Therefore Yaldabaoth consciousness has to feed off the energy of those it entraps in illusion and to do that it must manipulate its targets intostates of consciousness and emotion that resonate with its own band of frequency. It cannot absorb the energy of love, joy, happiness, fairness, justice, and all the high frequency states we would like the world to be. Simulated society has been specifically structured to suppress those states to generate low frequencies on which Yaldabaoth can sustain itself. Disconnection from Infinite Reality denies Yaldabaoth all that limitless creative potential. Gnostics describe this consciousness as a ‘counterfeit spirit’ and counterfeit is defined as ‘to make an imitation or copy of (something), usually with the intent to defraud’. Synonyms include fake, forgery, hoax, phoney and sham. How perfectly Yaldabaoth consciousness and its simula simulation are described. This lack of access to limitless creativity for direct manifestation is why Yaldabaoth Reptilians have to employ technology and mimicry in an effort to fill that void