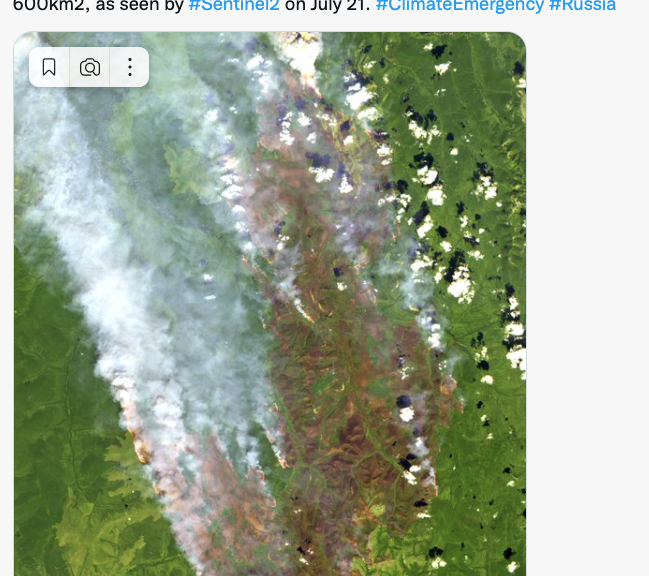 Unfortunately, the excellent site, Siberian News appears to have gone into abeyance but they still have a useful Twitter account which is useful following.

During the first week of July, NASA satellites began detecting signs that several wildland fires were burning in Russia’s far east. Two weeks later, several fires had grown much larger and more intense, creating rivers of smoke that flowed over parts of Khabarovsk and the neighboring Republic of Sakha (Yakutia).

The Moderate Resolution Imaging Spectroradiometer (MODIS) on NASA’s Aqua satellite captured this natural-color image of smoke swirling over the region on July 17, 2022. The image has been overlaid with red circles indicating locations where MODIS detected heat signatures indicative of fire. Many of the fires were burning in the Ayano-Maysky district of Khabarovsk, which is home to larch forests and the circular Kondyor massif.

According to Sakha’s emergencies ministry, 51 fires burned across roughly 9,737 hectares (38 square miles) on July 18. More than 500 people were fighting the fires in Sakha, and thousands more were deployed to fire fronts across Russia, according to Russia’s ministry of emergency situations (EMERCOM).

For the past two years, Sakha has endured unusually severe fire seasons. In 2021, more than 8.4 million hectares of forests burned in Sakha, nearly four times the long-term average.

Fires are not the only hazard facing the region. Flooding along the Yana River recently displaced hundreds of people in Sakha. 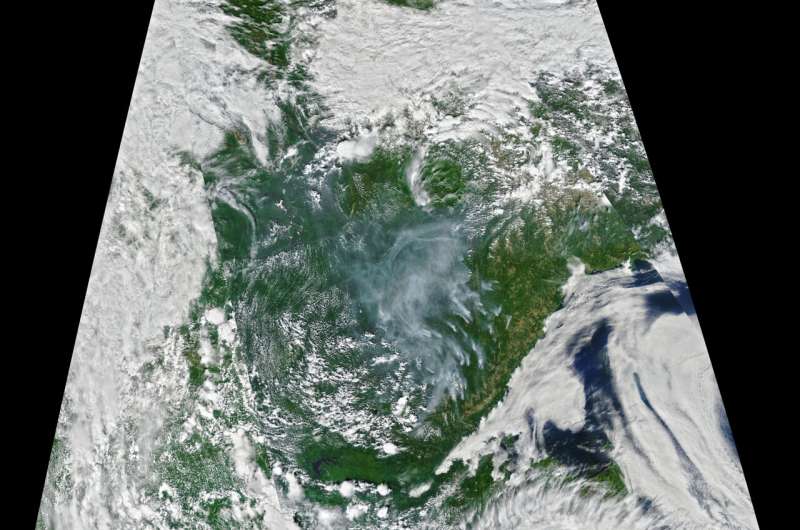 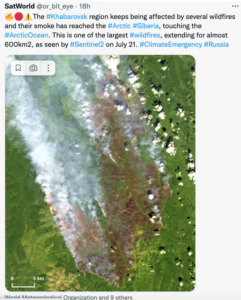