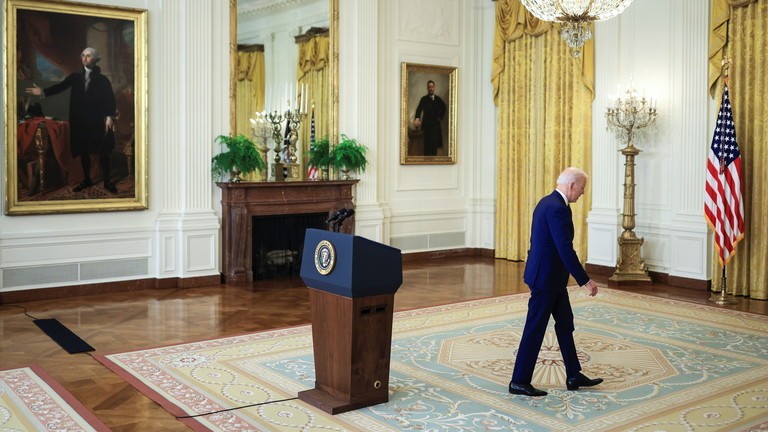 It is a while since I visited James Howard Kunstler. 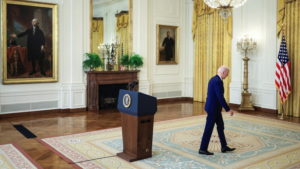 If you want to understand the complete failure of moral authority in America, seek no further than the gothic doings of the Biden family, especially now that the President’s degenerate son, Hunter, has been rewarded with a $2-million advance-against royalties (i.e., money up-front) from Simon & Schuster, and a gala publicity tour of the national news media designed to conceal his criminal culpability in evidence contained on the “laptop from hell” that he stupidly abandoned in a Delaware repair shop while lurching through his daily doings on one of countless drug jags he’s enjoyed between rehabs since his dad stepped back into national politics.

The failure is shared by a national news media that refuses to scrutinize the obvious financial crimes documented on the laptop, the FBI, which sat on the laptop through the months of Trump Impeachment No. One — while the computer contained evidence of Hunter’s grifting and money-laundering directly benefiting “the Big Guy,” Joe Biden, at issue in the impeachment — and the Department of Justice, which has been sitting on its hands pretending to conduct an investigation into all this.

The moral darkness of the family is beyond Shakespearean. It ranges from fantastically sordid personal indecencies like Hunter posting drug-fueled selfie sex videos with whores on the PornHub website, to intimations of lewd consort with his teenage niece, to the admitted fact of him bird-dogging his dead brother’s wife, Hallie… and into financial misdeeds that suggest Hunter sold out his country by peddling Joe Biden’s favor to agents of the Chinese communist party and other foreign nations. This body of unresolved allegations haunts the House of Biden like some stinking dead animal decaying under the Oval Office floorboards that everyone pretends not to notice.

Most recently, in a striking instance of in-your-face duplicity, Joe Biden announced his new crusade against gun ownership the same week that credible evidence surfaced that Hunter had obtained a .38 caliber handgun by lying on the application about his drug use — well-documented in his discharge record from the Navy Reserve (for failing a cocaine blood test), as well as his repeat visits to drug rehab clinics. In 2018, it happened that his then-paramour, Hallie Biden, fearing for his behavior, took the gun from Hunter’s car and tossed it in a dumpster outside a Wilmington food market. Directly afterward, the Secret Service office in Wilmington went to the gun-shop, StarQuest Shooters & Survival Supply, to ask for the forms Hunter had filled out and signed to buy the gun, which itself was never recovered. Incidentally, the Secret Service had no security detail assigned to Joe Biden or his family at the time — Joe was out-of-office and not yet a candidate for president — plus, the Secret Service has no authority to investigate gun records, a duty of the Bureau of Alcohol, Tobacco, and Firearms (ATF). What was going on with all that? Do you think AG Merrick Garland might be asking around the DOJ building?

The gross failure of federal authority, and abuse of authority, in this land is an ongoing process. You can date it back to wherever you like — say, to all the confusion and deception around the JFK assassination, or even further — but it had never been so broad, so deep, and so blatant as when Donald Trump became a candidate and all the resources of the CIA, DOJ, and the FBI were marshaled against him in the phony operations that became RussiaGate. Now, under Joe Biden, the system is entirely poisoned and corrupt.

Hunter is supposedly under investigation by the DOJ for tax fraud. Is that all? Are they not curious at all about the imputation of Chinese influence over decision-making in Joe Biden’s White House? Apparently, China paid for the influence it now enjoys. Millions of ordinary American citizens have seen the actual record, screen-captured from Hunter’s laptop, of email correspondence that details the many deals and payments made by Chinese companies run by the CCP to Hunter’s various shell corporations, as well as the memos between Hunter and his partners breaking down the payment schedule among Biden family members, including “the Big Guy.”

Is there not some larger — very large — question as to how this Manchurian Candidate with failing mental capacities, seemingly run by other figures in the shadows, came to be installed at the head of our government? The USA will not survive as a nation unless we seek to find out.