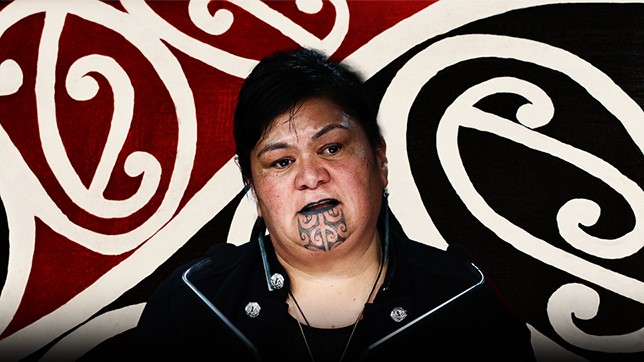 I have been reading the excellent book, The Great Divide: the story of New Zealand & its Treaty, by Ian Wishart in which he does what few historians do and quotes at length documents relating to the foundation of New Zealand that are embarrassing for the Waitangi industry  and are all but suppressed.

Is the Prime Minister ignorant or a liar?

Will Māori have the whip hand for key Three Waters jobs?

The cancellation of Dame Anne Salmond is instructive about who may be eligible for influential positions.

OPINION: As the mainstream media continues to propagate the myth — peddled by Nanaia Mahuta and Grant Robertson — that co-governance at the higher, strategic level of Three Waters is the only area of preferential treatment for Māori in its complicated bureaucracy, analysts on social media are discovering that is untrue.

It is now widely understood that “co-governance” means equal numbers of representatives from mana whenua and councils will form the Regional Representation Groups which will oversee the Three Waters set-up in each of the four vast regions the country’s water assets are being divided into.

And it suits the government — not least Jacinda Ardern — to keep the focus solely on this top-level, power-sharing arrangement. As long as all eyes are on co-governance at the peak of the pyramid, and commentators are busy arguing about the merits of that particular distortion of democracy, no one will be focusing on the extensive handover of power to iwi at the lower operational levels.

However, as analysts such as “Thomas Cranmer” on Twitter unpick the threads of the command structure, a different picture is emerging about the extent of the control being gifted to Māori over water.

Critical to this are the Te Mana o Te Wai statements that iwi and hapu can issue at will to control any body of water in their territory — a right that has been explicitly denied to non-Māori.

However, there is another critical area where Māori appear to be given the whip hand. That is to say in the control room of the Three Waters structure.

The Water Services Entities Bill that Mahuta is pushing through Parliament includes the instruction that the committees selecting the boards of the four Water Services Entities will collectively require “knowledge of, and experience and expertise in relation to… the principles of te Tiriti o Waitangi/the Treaty of Waitangi; and perspectives of mana whenua, mātauranga, tikanga, and te ao Māori”.

And so will the board members themselves. Their job includes appointing the Chief Executive to run the water services entity in their region that is tasked with managing the day-to-day operations of the water assets which Mahuta is confiscating from the generations of ratepayers who paid for them.

On the face of it, these qualifying criteria will perhaps seem unremarkable — if only because similar terms are appearing more and more often in this government’s policies.

But the question arises — who exactly will be eligible to qualify for the appointment committees and boards under these criteria?

Who exactly will be deemed to have sufficient “knowledge of, and experience and expertise in relation to the principles of te Tiriti o Waitangi/the Treaty of Waitangi; and perspectives of mana whenua, mātauranga, tikanga, and te ao Māori”?

Some commentators believe that, in practice, these criteria will heavily (perhaps exclusively) favour Māori candidates because who other than mana whenua, for instance, will be able to claim they have “perspectives of mana whenua”?

Similarly, only Māori have the right to possess and pass on the mysteries of mātauranga, tikanga and te ao Māori.

That may effectively exclude even the most experienced Pakeha or other non-Māori candidates — including those whom most people would automatically assume had sufficient knowledge of such lore to easily qualify as participants on the selection panels and as board members.

Anyone who doubts the truth of this unfortunate conclusion need only consider the case of Dame Anne Salmond and how she ended up dropping out of an international microbiology conference at which she was scheduled to speak last November on the advertised topic of “Mātauranga and molecular science”.

As Professor Elizabeth Rata, from the School of Critical Studies in Education at Auckland University, wrote in a letter published in the Listener last September:

“The withdrawal of a speech by Distinguished Professor Dame Anne Salmond to the 16th Congress of the Federation of Asian and Oceanian Biochemists and Molecular Biologists [in Christchurch] is the latest example of cancel culture. Twitter critics claimed her race disqualified her from speaking about mātauranga Māori and molecular science.”

One of the tweets posted in August by a junior Māori academic that were influential in Dame Anne’s decision to not speak at the conference warned “Pakeha academics” not to stray into matters of Māori expertise.

Another tweet noted there were Māori scientists with knowledge of mātauranga who should be selected instead of Dame Anne. A direct request was also made to the conference organisers to change their programme.

The organisers acknowledged that such tweets persuaded them — with Dame Anne’s apparent agreement — to drop her speech from the line-up.

The obvious conclusion to be drawn from that episode is that when even an academic as venerated as Salmond — who is steeped in Māori history and customs — doesn’t qualify to speak about mātauranga Māori at a conference because of her race, the chances of any Pakeha or non-Māori being selected as a board member or to sit on its appointment committee are dramatically lower than for Māori.

What is also obvious is that only Māori will be able to decide who has sufficient knowledge and expertise in te ao Māori to qualify. Non-Māori won’t get a look in when that decision is made.

At the very least, the eligibility criteria mean that any successful non-Māori candidate would need to have completely adopted a Māori world view acceptable to those responsible for selecting them — and presumably obliged to hold their tongue if they did want to criticise aspects of Three Waters. Any dissent would demonstrate that they didn’t fully appreciate the Māori world view.

The case of Russ Rimmington provides a cautionary tale for any non-Māori who steps out of line. In May, Rimmington was rolled as the chair of the Waikato Regional Council, after eight of 14 councillors voted for his removal.

Rimmington’s ousting was sparked by comments he had made at an online forum on Three Waters reforms last October. He had spoken of Māori controlling water in the Waikato region from Lake Taupō to Port Waikato and that farmers like himself, as well as dairy giant Fonterra, would be at their “beck and call”.

A letter issued in April by eight councillors called for Rimmington to step down or be rolled. Among the signatories was Nanaia Mahuta’s sister, Tipa, who had described his comments as “racist”.

Despite having publicly apologised for his comments last year and undertaken Treaty of Waitangi re-education, Rimmington was defenestrated anyway.

As Thomas Cranmer asked on Twitter: “Does any of this suggest that fair and open discussion can be had with regard to Three Waters or co-governance without being tarred and feathered?”

Of course, a Pakeha as direct and outspoken as Russ Rimmington is highly unlikely to be selected for any senior position within Three Waters.

The possibility that Maori candidates may be strongly preferred in such roles has not escaped the attention of the Attorney-General. While David Parker concluded in his report that, overall, “the Bill appears to be consistent with the rights and freedoms affirmed in the Bill of Rights Act”, he devoted several paragraphs to discussing whether the criteria regarding knowledge and experience “could be interpreted as treating Māori differently if a Māori person is more likely to have the required skills and knowledge than a non-Māori person”.

He maintained that didn’t represent significant discrimination, and said: “The requirements for the board appointment committees and boards of water services entities to have collective knowledge and experience in te ao Māori does not prevent non-Māori from being appointed.”

Well, of course the bill doesn’t explicitly bar non-Māori from being appointed but there is every reason to believe the hurdles will be high for them to be accepted.

Parker’s BORA analysis also included an odd rider: “Even if we had concluded otherwise [concerning indirect disadvantage arising to non-Māori seeking appointment], we would have considered the resultant limit on the freedom from discrimination to be justified. Without this collective knowledge, the committees and the boards would have difficulty performing their functions in a way that meets their obligations.”

It’s an odd piece of circular reasoning that appears to assert that, even if the Three Waters programme does give Māori advantage by virtue of possessing expertise in things Māori, it would be justified discrimination against non-Māori because such expertise is required by the legislation.

It’s certainly difficult not to conclude that Three Waters is stacked heavily in favour of Māori — given the unique right for iwi to issue Te Mana o Te Wai statements; the powerful role given to Nanaia Mahuta’s sister, Tipa, as chair of the Māori Advisory Group which controls the water regulator Taumata Arowai; and iwi representatives’ implicit power to determine who sits on the Water Services Entities boards.

Little wonder then that Mahuta, Robertson and Ardern are happy for attention to be solely focused on the question of how co-governance functions at the top of the organisation.

Widespread objections to co-governance are already causing Labour immense electoral damage. The government must be fervently hoping it can continue to rely on the mainstream media to avoid the more explosive evidence — that, overall, Three Waters is the mother of all Treaty settlements dressed up as an infrastructure project that will hand comprehensive control of water to iwi elites.