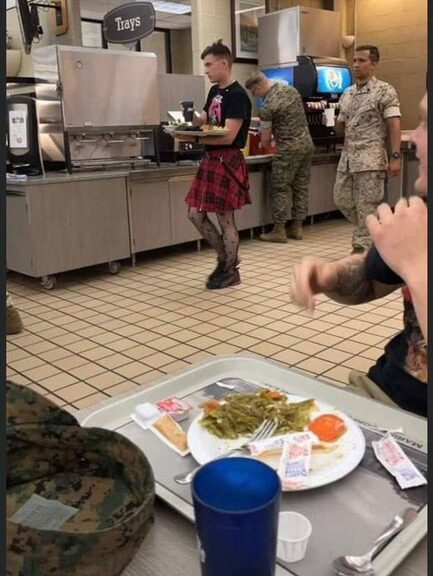 America’s representatives at the French Ambassador’s residence this week 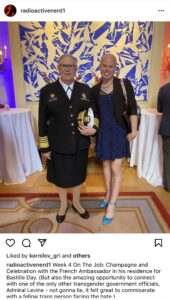 Zakharova reacts to compromising photo from French and US embassies

Russian Foreign Ministry spokeswoman Maria Zakharova commented on a photo from a reception at the French Embassy in the United States to mark the anniversary of the taking of the Bastille.

“Answer yourself honestly the question: are these the values you are willing to instil in your children? Or are we fighting for our own after all?” the diplomat wrote under the photo in her Telegram feed.

Transgender woman Rachel Levin was promoted to the rank of admiral of officers of the US Public Health Service in 2021. The agency is dedicated to maintaining the country’s health care system. Levin is the first transgender person to receive such a high rank.

SAM BRINTON IS AMONGST THE TOP ONE PERCENT OF EARNERS IN THE FEDERAL GOVERNMENT.

A high-level hire at the Department of Energy’s Office of Nuclear Energy, whose past as a drag queen and defender of underage gay prostitution sites has stirred controversy, is earning a salary in the top one percent of all government employees, according to documents obtained exclusively by The National Pulse.

A Freedom of Information Act (FOIA) request filed by The National Pulse reveals Sam Brinton’s taxpayer funded salary of $178,063, placing him amongst the top one percent of other federal salaries. It is also around five times the national median individual income.

Brinton, who received his job offer in allegedly strange circumstances in January 2022, will also enjoy the top secret “Q clearance” level in the Department of Energy. The designation Top Secret is applied to information, “the unauthorized disclosure of which reasonably could be expected to cause exceptionally grave damage to the national security.”

The DOE uses its own terminology to classify security clearances, describing the Q-level clearance as “similar to what is completed by other agencies for a Top Secret National Security Information access clearance.”

“Potential exists to bring about a material adverse effect on the national security, causing exceptionally grave damage. Any position receiving a position sensitivity designation of CS shall automatically carry with that designation, without further agency action, a High Risk designation.”

Brinton’s personal posts have also revealed the gravity of his appointment, sharing on Twitter on June 29th:

“I lead a staff of hundreds and a budget of millions (with a Nuclear Waste Fund I’m responsible for at over $45 billion) as the leader of the office overseeing the management of the nation’s spent nuclear fuel.”

The revelations follow The National Pulse exposé of appointee Samuel Brinton’s past as a drag queen, LGBTQ+ activist who has “lectured” on kink at college campuses and participated in interviews about fetish roleplay.

It is hard to imagine how they are going to fight, let alone, win a war 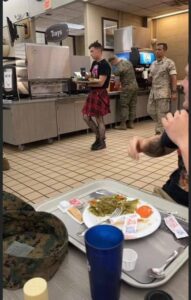 2 thoughts on “Woke America wants to conquer the world”