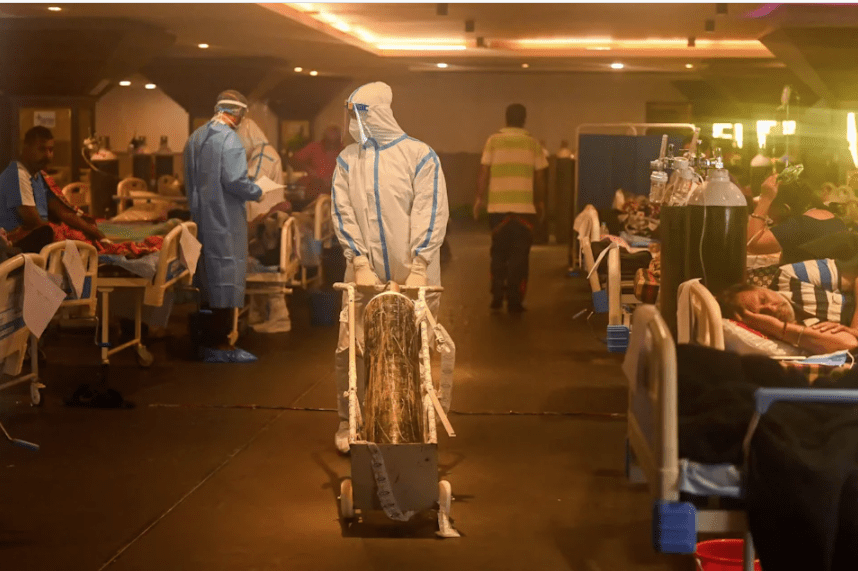 You can see from this propaganda piece where all this is heading.

The majority of the world is heading into a “very, very dark period” of the coronavirus crisis, a World Health Organization (WHO) leader has said.

Nearly 18 months into the global pandemic, infections across the world are now “accelerating faster than ever”, Dr David Nabarro warned.

It comes as India suffered the deadliest seven-day period of the pandemic so far, with a daily average of 3,571 deaths in the week up to Tuesday. The previous highest was seen in the US on 14 January, with a seven-day average of 3,432 deaths.

Dr Nabarro, the WHO’s COVID-19 special envoy, told BBC Radio 4’s World At One programme that the pandemic is at a “fearsome” stage.

He said: “There are a few countries that are able to demonstrate that they’ve got much lower levels of disease and they’re actually feeling that they’re recovering.

“The majority of the world is heading into a very, very dark period.

“The reason why it’s particularly dark is that now we don’t have the full data, because more and more the pandemic is spreading in places where testing is not available, so the numbers that we have we know are a major underestimate.

“It’s bigger than ever, it’s fiercer than ever and it’s causing more distress than ever – this is a bad phase.”

While the UK is well past the worst of its crisis, with tens of millions of people vaccinated and its governments planning to reopen society in the summer, other countries have suffered explosions in infections.

India is one. On Tuesday alone, more than 380,000 new cases were recorded, though the actual number will be far higher due to testing limitations.

There were also 3,780 deaths. Again, the actual number is likely to be much higher amid reports many deaths have not been registered by the authorities.

The reopening of society, as well as religious gatherings and election rallies, have been blamed for the massive spike in cases.

In Europe, Cyprus saw a massive spike in cases last month. On April 24, the seven-day average surpassed 1,000 infections per million people, though that has since dropped to 603 per million, which is the fifth highest in the world.

The UK government, given the success of its rollout so far in protecting the most vulnerable people, has been asked if it will provide extra vaccines to India amid its crisis.

So far, this has been ruled out – with Boris Johnson’s spokesman saying last week there are no surplus doses – though life-saving equipment including 1,200 ventilators has been sent.