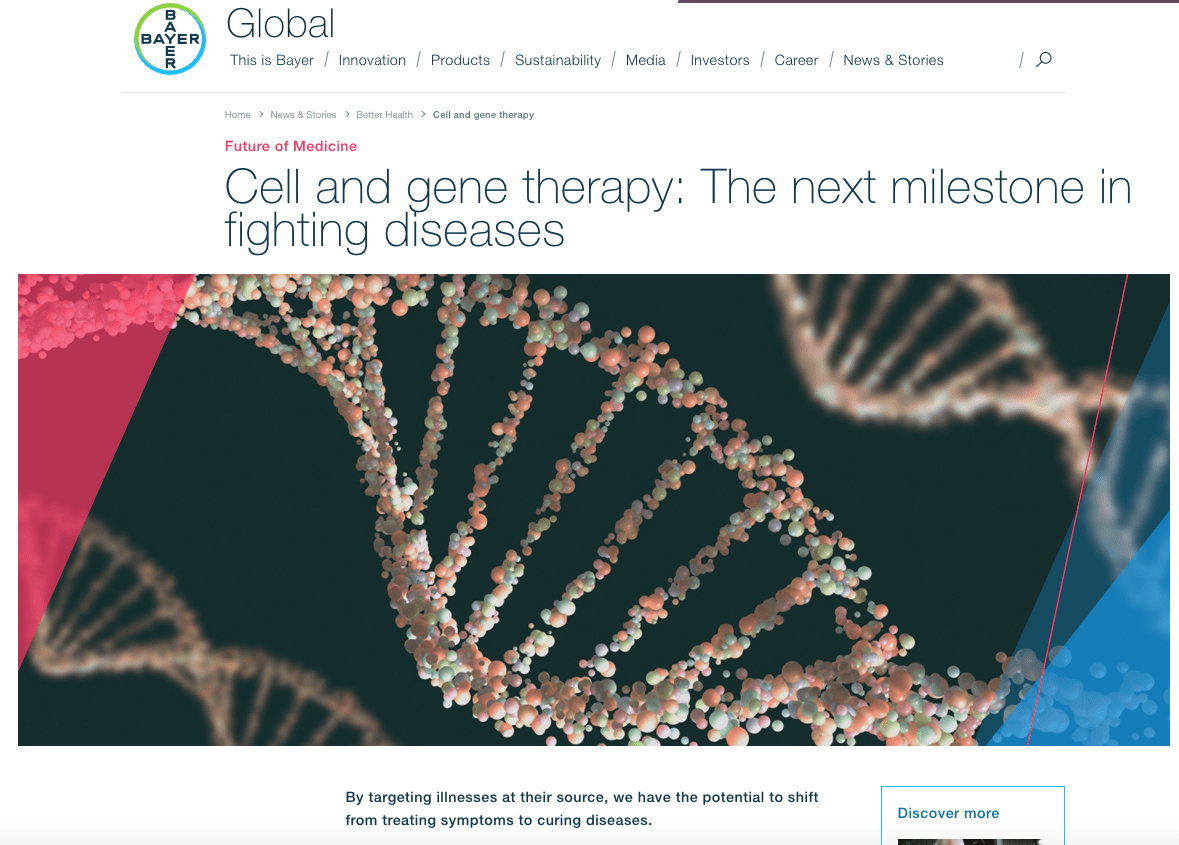 It hardly has to be pointed out that  Bayer was intimately associated with the nazis and is the owner of the former Monsanto.

#ICYMI Here’s the opening sequence to the World Health Summit. They layout THEIR goals for the future beyond COVID. 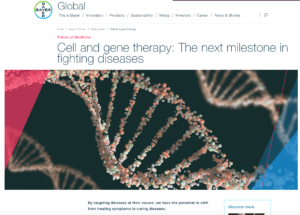 ‘We probably would have had a 95% refusal rate’ for these shots two years ago, but the pandemic and marketing of the injections as ‘vaccines’ has made them popular with the public, said Stefan Oelrich. 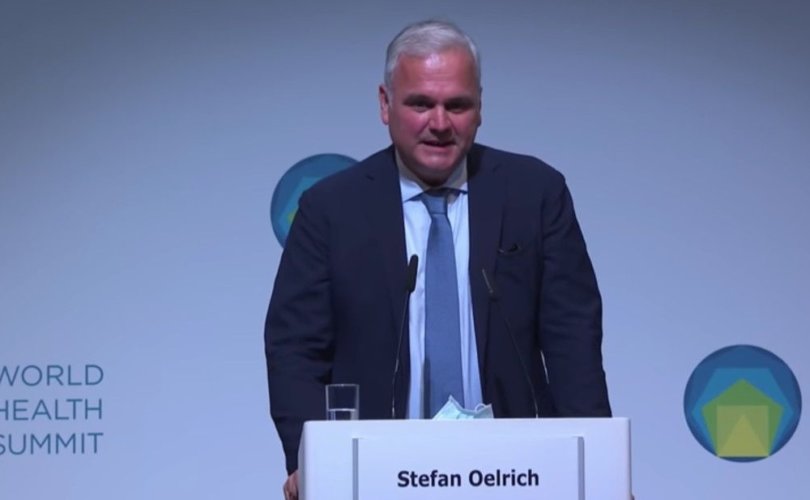 BERLIN (LifeSiteNews) – The president of Bayer’s Pharmaceuticals Division told international “experts” during a globalist health conference that the mRNA COVID-19 shots are indeed “cell and gene therapy” marketed as “vaccines” to be palatable to the public.

Stefan Oelrich, president of Bayer’s Pharmaceuticals Division, made these comments at this year’s World Health Summit, which took place in Berlin from October 24-26 and hosted 6,000 people from 120 countries. Oelrich told his fellow international “experts” from academia, politics, and the private sector that the novel mRNA COVID “vaccines” are actually “cell and gene therapy” that would have otherwise been rejected by the public if not for a “pandemic” and favorable marketing.

“We are really taking that leap [to drive innovation] – us as a company, Bayer – in cell and gene therapies … ultimately the mRNA vaccines are an example for that cell and gene therapy. I always like to say: if we had surveyed two years ago in the public – ‘would you be willing to take a gene or cell therapy and inject it into your body?’ – we probably would have had a 95% refusal rate,” stated Oelrich.

“Our successes over these 18 months [the duration of the COVID ‘pandemic’] should embolden us to fully focus much more closely on access, innovation and collaboration to unleash health for all, especially as we enter, on top of everything else that is happening, a new era of science – a lot of people talk about the Bio Revolution in this context,” continued the businessman.

According to the McKinsey Global Institute, the “Bio Revolution” is “a confluence of advances in biological science and accelerating development of computing, automation, and artificial intelligence [that] is fueling a new wave of innovation. This Bio Revolution could have significant impact on economies and our lives, from health and agriculture to consumer goods, and energy and materials.”

In addition to gene therapy and a biological “revolution,” Oelrich also mentioned the role his company has, along with other prominent institutions and figures, in pushing contraception on developing countries.

“We also need to focus on what is socially responsible outside of Europe and ensure sustainable action there. We pledged, this past year, to give an additional hundred million women access to contraception in the world. We’ve invested 400 million this year into new plants that are dedicated to produce long-acting contraceptives for women in low-and-middle income countries … Together with Bill and Melinda Gates we’re working very closely on family planning initiatives,” said Oelrich, implying one of the methods of attaining a “sustainable” world is by reducing births, and subsequently reducing the planet’s population.

Oelrich’s words echo a similar agenda as the infamous “Great Reset,” a radical socialist plan designed by globalist elites, gathering at the World Economic Forum (WEF) in Davos, Switzerland once a year, which “seeks to ‘push the reset button’ on the global economy.”

In the announcement of the Great Reset initiative, the WEF also credited the COVID-19 “pandemic” for putting them in an advantageous position to march towards their global revolutionary goals.

“COVID-19 lockdowns may be gradually easing, but anxiety about the world’s social and economic prospects is only intensifying. There is good reason to worry: a sharp economic downturn has already begun, and we could be facing the worst depression since the 1930s. But, while this outcome is likely, it is not unavoidable,” wrote the WEF’s founder Klaus Schwab in June 2020.

But, “one silver lining of the pandemic is that it has shown how quickly we can make radical changes to our lifestyles. Almost instantly, the crisis forced businesses and individuals to abandon practices long claimed to be essential, from frequent air travel to working in an office,” added the economist.

“To achieve a better outcome, the world must act jointly and swiftly to revamp all aspects of our societies and economies, from education to social contracts and working conditions. Every country, from the United States to China, must participate, and every industry, from oil and gas to tech, must be transformed. In short, we need a ‘Great Reset’ of capitalism,” stressed Schwab.

READ: World Economic Forum head’s prediction of microchips ‘in our brains’ is coming true, thanks to Big Tech

Both Oelrich and Schwab have been major advocates for the widespread use of the novel and experimental mRNA COVID vaccines. These same shots, which do not complete clinical trials until 2023, have been linked to millions of injuries and tens of thousands of deaths worldwide.

Seemingly in line with Bayer, WEF, and the Gates Foundation’s goal of reducing births, many of the notable COVID-19 vaccine adverse effects have also played a role in reducing births. World Health Organization (WHO) data reports many cases of stillbirths, vaginal hemorrhaging, menstrual cycle irregularities, and miscarriages linked to the injections.

According to an ex-vice president at Pfizer, Dr. Michael Yeadon, the COVID jabs present “a severe risk to your ability to conceive and carry a baby to term,” and even worse, Yeadon says “[the infertility risks] are deliberate acts which I believe whoever is doing it is lying about it to hide it and they’re smearing people who are trying to warn you.”

Concluding his statements, the “globally thinking” Oelrich told the summit that the global health system “is not just about donating medicines, or giving medicines at a lower price. It is also being on-site to help put this into practice.”

“I think this pandemic has also opened many people’s eyes to innovation in a way that was not possible before,” stated Oelrich. “We need to make sure that the knowledge that is created in our universities, in our academia, is translated… before it goes into ‘shiny’ paper publications, it is translated into patents.”

“In my vision I see a joint effort of government, working hand-in-hand with science organizations and civil society.” 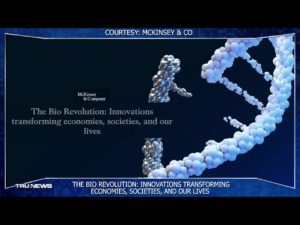 A confluence of advances in biological science and accelerating development of computing, automation, and artificial intelligence is fueling a new wave of innovation. This Bio Revolution could have significant impact on economies and our lives, from health and agriculture to consumer goods, and energy and materials.

Some innovations come with profound risks rooted in the self-sustaining, self-replicating, and interconnected nature of biology that argue for a serious and sustained debate about how this revolution should proceed. Accidents can have major consequences—and, especially if used unethically or maliciously, manipulating biology could become a Pandora’s box that, once opened, unleashes lasting damage to the health of humans, ecosystems, or both. The risks are particularly acute because many of the materials and tools are relatively cheap and accessible. Moreover, tackling these risks is complicated by a multiplicity of jurisdictional and cultural value systems, which makes collaboration and coordination across countries difficult. 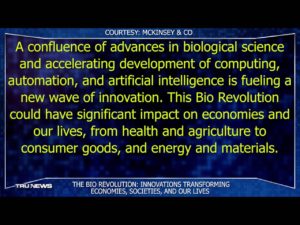